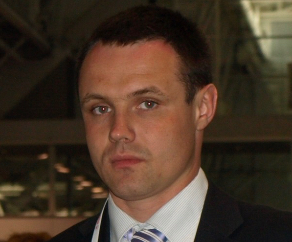 While links to pulmonary conditions have been previously established, a new study has found that being in an area with heightened amounts of air pollution could increase a person’s risk of developing acute coronary syndrome (ACS).

The study, from investigators in Poland, found that as rates of pollution increase so did the rate of angioplasty procedures  to unblock arteries — investigators also found this effect is more pronounced during more polluted winter months.

"The study shows that the incidence of acute coronary syndromes treated with PCI was higher in winter and rose along with increasing pollution, and this rise was higher in regions with initially cleaner air, if taking the same increment in pollution into account,” said Rafal Januszek, MD, PhD, department of cardiology interventions at the University of Krakow Hospital. “This is further evidence that more needs to be done to lower pollution levels and protect the public's health."

To evaluate the impact of increased air pollution and the occurrence of ACSs, investigators carried out a study examine particulate matter 10 levels in a population that included more than 15,000 participants. A total of 5648 patients, from 6 catheter labs in 6 different studies were included from low pollution cities, while 10,239 patients were included from 6 catheter labs in 5 more polluted cities.

For the purpose of the current analysis, investigators assessed the annual average PM10 amounts in each city as identified by the Chief Inspectorate for Environmental Protection in Poland and followed patients for 365 days. All patients in the story underwent percutaneous coronary intervention (PCI).

Investigators match air quality on the same day during a 52-week period. Additional analyses were carried out to assess whether winter, which investigators defined as a 13-week period, versus non-winter, a 39-week period , saw increased ACS occurrence due to an increase in pollution. Upon analysis, investigators noted significant differences in annual average concentration of PM10 amounts — with polluted cities measuring at 50.95 μg/m3 compared to unpolluted cities at 26.62 μg/m3.

In both low pollution and more polluted cities, a rise in PM10 concentration was significantly associated with a greater frequency of PCI. Additionally, cities with clean air were found to be more sensitive to pollution rises — noting a  1 μg/m3 increase in PM10 concentration was linked to 0.22 additional PCIs per week. Conversely,  the same rise in PM10 was linked with just 0.18 additional PCIs per week in polluted cities.

"Epidemiological studies have reported negative impacts of pollution on the cardiovascular system but the effects on specific diseases were unclear,” Januszek said. “We also show for the first time that patients from areas with cleaner air are more sensitive to changes in pollution, while those from more polluted cities can adapt to fluctuations."

This study, “Increased air pollution expressed as PM10 concentration and winter time are related to the frequency of percutaneous coronary interventions in patients with acute coronary syndromes,” was presented at the 2019 European Society of Cardiology Congress.