Acupuncture Can Relieve Fibromyalgia Pain, If It's Tailored Per Patient 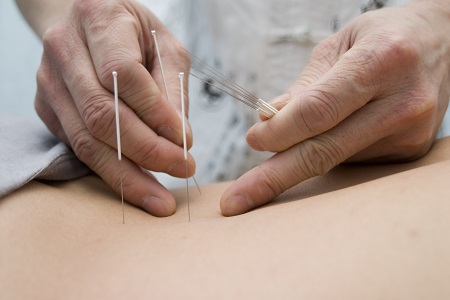 The benefits of acupuncture for fibromyalgia pain remain inconclusive despite extended research. However, a new study may have found the factor that separates successes from failure.

It was just recently that a study conducted in Brazil concluded that acupuncture does not reduce pain in women with fibromyalgia. However, like many other studies, this one looked at the effects of standard acupuncture treatment. A new analysis by researchers in Spain found that the therapy does alleviate pain – when it’s individualized for each patient.

The cohort included 153 patients with fibromyalgia who were at least 18 years old. The participants were randomly assigned to either receive individualized acupuncture or simulated “fake” acupuncture. Each treatment consisted of one 20-minute session per week for 10 weeks, and they also used pain medication. Fibromyalgia Impact Questionnaire (FIQ) scores were reported at 10 weeks, six months, and 12 months following treatment. There were significant pain reduction differences between the individualized and sham treatment groups at all three points: 35% vs. 24.5%, 25% vs. 11%, and 22% vs. 5%, respectively.

In addition, pressure pain threshold and tender points significantly improved in the real individualized acupuncture group after just 10 weeks. Measures of fatigue, anxiety, and depression also improved with the treatment, according to the report.

“This treatment produced an improvement in the participants’ condition, reflected by a reduction in pain intensity and enhanced functional capacity and quality of life after the intervention and during the follow up period,” the authors summed up in Acupuncture in Medicine. Side effects were mild and not common. At the one-year follow-up period, patients who had the real acupuncture were still reaping more benefits of pain reduction when compared to the simulated acupuncture. However, the researchers warn that many patients were using high dose antidepressants at this time so that could have played a part in the positive results.

Previous studies have not observed these kinds of outcomes because they focused on standardized acupuncture as opposed to individualized treatment.

Click here to sign up for more HCPLive® content and updates.
Related Coverage >>>
ACR Releases First Guidelines for Reproductive Health in Rheumatic Diseases
Partnering with Patients: Effective, Patient-Centered Care for Chronic Pain
FDA Approves IV Meloxicam for Pain Management
You May Also be Interested in
Most Popular
The Fear of the Coronavirus, and the Reality of the Flu
Incretin-Based Treatments: No Evidence of Rise in All-Cause Mortality for Patients with Type 2 Diabetes?
Online Physician Forums: A Virtual Professional Community
Top 10 Painkillers in the US
Pharmacogenomics-guided Antidepressants May Still Miss Mark