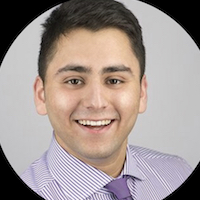 Vishaal Kumar Dovedi
Influenza vaccinations among patients with diabetes rose by 20% when they were notified about scheduling their flu shot, according to a new study.

The new findings, which assessed the benefits of healthcare providers issuing scripted flu shot reminders to patients, further demonstrated the need for active intervention in the face of vaccination rates among susceptible patients, including diabetes, study co-author Vishaal Kumar Dovedi, a medical student at Barts and the London School of Medicine and Dentistry, told MD Magazine®.

“The interventions used in this audit highlight the effectiveness of patient notification, in particular telephone calls, in improving this,” Dovedi noted.

People with diabetes are estimated to be 6 times more likely to be hospitalized during influenza epidemics than their non-diabetic counterparts—a rate which institutions such as the World Health Organization call attention to in efforts to improve vaccination rates.

“Diabetic patients have impaired immune systems as a result of the high levels of circulating glucose in their blood,” Dovedi said. “This increases the susceptibility to infections including the influenza virus.”

Diabetes is prevalent in about 360 million people worldwide. About 80,000 people in the US alone died from influenza and its complications during last year’s flu season, according to the US Centers for Disease Control and Prevention.

To test whether increasing notification about the flu vaccine would raise the vaccination rate, Dovedi and her team focused on diabetic patients who were seen in a general practice in East London. The audit covered a seven-week period. At the start of the investigation in October 2017, the practice had already successfully vaccinated 59% of its diabetic patients. That left 381 people who had yet to receive the vaccine.

These patients were called and reminded that their annual flu vaccine was due. The patients then were asked if they’d like to schedule a time to have it done. After 2 weeks of this intervention, 105 patients who had not declined to get the vaccination still required it.

Many of these patients simply hadn’t answered the phone, investigators noted. After a second attempt, they left voicemail messages for those who still weren’t available. After this second intervention, 88 people needed the vaccine and had not declined to get it.

The team followed up with an email to 29 of the 88 whose contact information was available. Seven of these people went on to get the vaccine.

The final results, calculated on December 11, 2017, showed that 81 patients still required the vaccine. This was a 20% increase in patients vaccinated compared to average. Investigators attributed 12% of the overall increase in vaccinations over a seven-week period compared to the previous year to the notification program.

Faulty contact details and the possibility that these patients may have received the vaccine but that information was not available accounted for some of that number. Still, 23 of those contacted declined to get the vaccine. Many had misconceptions about how the vaccine works, when to get it and the potential side effects.

“They were given an explanation as to the importance of being vaccinated against the influenza virus but were ultimately given the choice to make their own decision,” Dovedi said.

Investigators also noted it may be useful for eliminating potential language barriers between providers and patients, and that providers should be sure to collect updated patient phone numbers and email addresses.

Further, nationwide campaigns to educate patients on the importance of getting the vaccine could potentially increase the uptake and eliminate misconceptions around the vaccine and so reduce the numbers who decline it, Dovedi said.

“In spite of the potential barriers, implementing this type of intervention had a significant increase in the uptake of the influenza vaccine in this cohort,” he concluded.