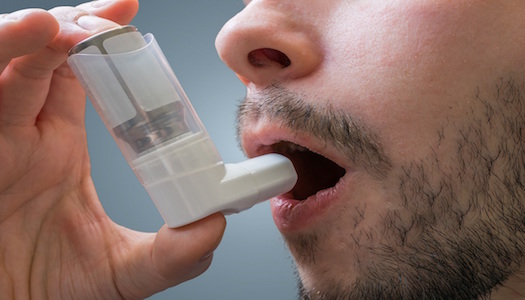 ACT is a questionnaire that is self-administered to identify poorly controlled asthma, with questions about symptoms, rescue medications, and impact of asthma on daily functioning. A score of 20 or greater is controlled; a score of less than 19 is considered uncontrolled. Pulmonary function is measured using spirometry, which calculates forced vital capacity (FVC) and FEV1 (forced expiratory volume).

There is an association between low FEV1 and asthma exacerbations (AE), but investigators for this study said it is still a challenge to predict AEs. The team, led by Jae-Woo Kwon, PhD, of Kangwon National University School of Medicine’s Department of Allergy and Clinical Immunology, sought to understand if retaining an ACT score of 20 or more would reduce the risk of AEs in patients with low FEV1.

The population for this study came from the Cohort for Reality and Evolution of Adult Asthma in Korea (COREA). Criteria for eligibility included a diagnosis of asthma, asthma treatment for 3 months or more, and follow-up visits for over 6 months.

Data was collected at baseline, 3 months, and 6 months on ACT scores, lung function, number of AEs, frequency of symptoms during the day and night, and medication status (there was no information on ACT scores at baseline, so ACT scores 3 months follow-up was considered baseline).

The team further found that female sex, low ACT scores, low FEV1, low FVC, and AE history in the previous 3 months were related with increased AEs within 6 months. They concluded that patients with low FEV1 show greater risk for AEs than those with more normal levels, despite ACT score standards and asthma therapies. This patient group would therefore better from AE-preventive treatment strategies.

“We may need additional treatment guides for asthma patients with low FEV1 besides asthma control status and treatment tools to reduce risk of asthma exacerbations are needed,” Kwon said.

The study, "High ACT score is not sufficient to reduce the risk of asthma exacerbations in asthma with low lung function," was published online in Respiratory Medicine.