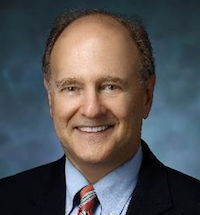 Wise, of the Johns Hopkins University School of Medicine, noted the findings quell ongoing concern clinicians have had over the cardiovascular safety of aclidinium.

“Although aclidinium has been shown to be a good bronchodilator, the overall study indicates that it is also effective in reducing exacerbations, which is a pivotal finding,” Wise said in a statement.

The fixed-dose combination therapy from Circassia Pharmaceuticals and AstraZeneca was originally approved this year for the maintenance treatment of COPD.

Wise and colleagues conducted the double-blind, parallel-group assessment among 3589 patients with COPD and high CV risk. Patients were randomized 1:1 to either twice-daily therapy or placebo, with treatment lasting up to 3 years.

Investigators assessed for moderate-to-severe exacerbation rate during the first year of treatment, while major adverse cardiovascular events (MACE) and all-cause mortality were assessed over 3 years. Subgroup analyses included the assessment of aclidinium on MACE in patients regardless of previous-year exacerbations.

Mean patient age, gender, and predicted mean post-bronchodilator forced expiratory volume at 1 second (FEV1) were similar across treatment and exacerbation groups. They reported 1068 (59.6%) treated patients had ≥1 exacerbation in the previous year, versus 1088 (60.5%) placebo patients. Exacerbation, MACE, and all-cause mortality rates were markedly higher among patients with a prior COPD exacerbation.

Investigators found no statistically significant increase in MACE risk between the therapies in either patient group, and aclidinium bromide did not increase all-cause mortality risk irrespective of exacerbation history.

Wise and colleagues concluded aclidinium bromide reduced moderate to severe exacerbation rate versus placebo, without increase all-cause mortality risk in COPD patients with or without a history of exacerbations. Ultimately, that is the objective of any optimal COPD therapy, Wise said—and the addition of the finding being irrespective of patient exacerbation history is potentially a novel one.

“Prevention of exacerbations of COPD should be a treatment goal in COPD patients regardless of whether they have a history of recent exacerbations,” he said. “Aclidinium is a safe and effective maintenance therapy.”

The study, “Aclidinium Bromide Treatment Stratified by Exacerbation History: Effects on Exacerbations and Major Cardiovascular Events in Patients with COPD and High Cardiovascular Risk (ASCENT-COPD),” was presented at CHEST 2019.