Acetaminophen in the ICU: Mixed Findings 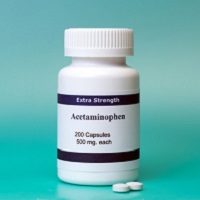 Giving acetaminophen to patients in  intensive care units (ICUs) with fever and infection did not give them more days "alive and free from the need for intensive care"  a study found.
Paul Young, MD, of the Intensive Care Unit at Wellington Regional Hospital in Wellington South, New Zealand and colleagues published the results of their investigation regarding acetaminophen in the New England Journal of Medicine on December 3, 2015.

It is common practice in ICUs around the world to treat fever with with acetaminophen because “fever places additional physiological stress on patients who are already seriously ill.”
But there is conflicting evidence on whether this is a good idea.
Some recent studies have shown that “physical cooling of mechanically ventilated patients” in some cases reduced mortality but other studies showed  that “fever may enhance immune-cell function, inhibit pathogen growth, and increase the activity of antimicrobial drugs.” Those results have created uncertainty as to “whether acetaminophen treatment of fever due to probably infection is beneficial, ineffective, or harmful,” leading the researchers to conduct this study.

The design of the study was “investigator-initiated, prospective, parallel-group, blinded, randomized” and controlled. The patients included were all 16 years or older, with a temperature of 38 degrees Celsius or higher within 12 hours of being enrolled, and who were “receiving antimicrobial therapy for a known or suspected infection.” Those with acute brain disorders and liver dysfunction were excluded.

Patients were randomly assigned to receive either acetaminophen or a placebo. The groups were evenly divided. The patients were all given either the drug or the placebo until “28 days after enrollment or until the occurrence of one of the prespecified cessation criteria: discharge from the ICU, resolution of fever as defined by a prespecified algorithm, cessation of antimicrobial therapy, death, or the development of a contraindication to the study drug.”

The researchers used ICU-free days as the primary outcome measure. “ICU-free days is a composite outcome combining mortality and ICU length of stay. The number of ICU-free days was calculated as 28 minus the number of days or part-days spent in the ICU during the first 28 days after randomization.” There were a total of 690 patients in 23 medical-surgical ICUs involved in the study. Of those 346 received acetaminophen, and 344 received placebo.

The researchers found that “the number of ICU-free days to day 28 did not differ significantly between the acetaminophen group and the placebo group.” Additionally, “there were no significant differences between the acetaminophen group and the placebo group with respect to mortality at day 28 or day 90.”
However, they also observed that “early administration of acetaminophen to treat fever is associated with a longer ICU stay than placebo among nonsurvivors and a shorter stay among survivors,” which is a finding that generates more questions than answers