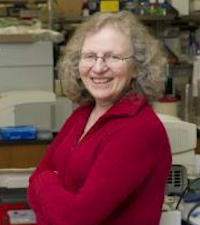 Betty Diamond, MD
With as many as 90% of patients with systemic lupus erythematosus (SLE) developing neuropsychiatric lupus, investigators from the Feinstein Institute for Medical Research assessed the disease pathology and possible mitigative treatments.

Among uncovering that activation of microglia—types of brain cells—contribute to memory loss and other cognitive impairments, the team found angiotensin converting enzyme (ACE) inhibitors—drugs used to treat hypertension—may be a possible treatment.

“Neuropsychiatric lupus, and especially cognitive impairment, is devastating to patients and has been explored very little,” Betty Diamond, MD, study investigator, said to MD MagazineÒ. “One of the gratifying aspects of studying this has been how pleased patients are that someone believes and takes seriously their problems.”

Knowing SLE is characterized by the production of antibodies targeted at their own healthy cells that often recognize DNA specifically (DNRAbs), which are associated with spatial memory impairment in humans, investigators discovered a cross reaction with this subset of anti-DNA antibodies.

More specifically, the DNRAbs were observed to cross react with the N-methyl-d-aspartate receptor (NMDAR) and enhance NMDAR signaling.

Although antibodies are typically unable to enter the brain, injury of infection is thought to temporarily permit DNRAbs to enter the brain and target neuron expressing NMDAR, causing memory loss and other cognitive defects as a result.

DNRAb-mediated brain pathology proceeds through an acute phase of excitotoxic neuron loss, investigators noted, “followed by persistent alteration in neuronal integrity and spatial memory impairment.” It is only after DNRAbs are no longer detectable in the brain that the latter pathology becomes evident.

Suspecting the microglia were responsible for trimming the connections between neurons after exposure to DNRAbs, Diamond and her colleagues studied mice that produced DNRAbs capable of entering the brain and causing memory loss. Upon analysis, the team found that when DNRAbs enter the brain, microglia are activated and a protein called C1q attracts microglia to the neurons’ synapses targeted by these antibodies.

Thus, C1q was observed to be a critical mediator of neuronal damage.

These measures also showed better outcomes of treatment with captopril in comparison with enalapril, another ACE inhibitor that cannot pass through the blood brain barrier like captopril.

“We believe we can now consider a clinical trial to improve cognitive function in lupus patients—what could be more exciting?” Diamond asked.

She added that the team will continue to learn more about the mechanisms of both microglial activation and neuronal injury, in order to further develop therapeutic strategies.

The study, "Lupus antibodies induce behavioral changes mediated by microglia and blocked by ACE inhibitors," was published in the Journal of Experimental Medicine.