About 20% of New York City Teenagers Have Undiagnosed Asthma 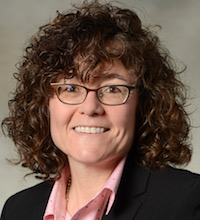 Jean-Marie Bruzzese, PhD
A recent study found that about 1 in every 5 New York City adolescents has undiagnosed asthma.

The study, led by principal investigator Jean-Marie Bruzzese, PhD, associate professor of Applied Developmental Psychology at Columbia University School of Nursing, sought to identify if individual and neighborhood factors are associated with having undiagnosed asthma among a large sample of adolescents in New York City.

According to the Asthma and Allergy Foundation of America (AAFA), asthma is the leading chronic disease in children. Because asthma can sometimes be hard to control, it is the top reason for missed school days; in 2013, 13.8 million children were absent from school at any given point due to asthma.

Investigators collected data from secondary analysis of a study testing the effectiveness of a school-based intervention for high school students who had symptoms consistent with asthma, but no physician diagnosis. Students from 44 New York City public schools, aged 13-18 years old, completed the screening survey. Schools were selected to participate if the student body largely consisted of those at risk for developing asthma (low-income and minority students).

The Index of Concentration at the Extremes (ICE), a metric that measures concentrations of deprivation and privilege within a specific geographic location, was used to assess racial segregation. Healthcare access was determined with the Primary Care Health Professional Shortage Area Index.

Bruzzese said it is crucial for healthcare providers who serve low-income urban adolescents to not assume that because they do not discuss asthma symptoms, that they are not experiencing them. This population, particularly girls and Asian Americans, should be screened for asthma.

“Because it may be assumed that asthma is a childhood disease, we believe that it is important that public health campaigns educate the most at-risk adolescents and their caregivers about the existence of adolescent on-set asthma and the negative effects of it going undiagnosed and therefore untreated,” said Bruzzese.

Investigators hypothesized that that Latinos and African Americans would have the highest rates of undiagnosed asthma, so it was surprising to find that their rates were lowest. One possible reason could be that healthcare providers are distinctly aware of the increased asthma risk in these 2 groups, so screenings are more likely to occur.

“Our findings need to be confirmed in an epidemiological study with a representative sample of adolescents, but this is an important first step in understanding undiagnosed asthma,” said co-investigator Sharon Kingston, PhD, an Associate Professor of Psychology at Dickinson College. “We also think that examining other group differences, such as urban versus rural teenagers, is important. Rural teenagers are generally ignored in asthma literature.”

The study, “Individual and Neighborhood Factors Associated with Undiagnosed Asthma in a Large Cohort of Urban Adolescents” was published online in The Journal of Urban Health.

Click here to sign up for more HCPLive® content and updates.
Related Coverage >>>
FDA Authorizes Five-Minute COVID-19 Test
Dupilumab Reduces Doses of Oral Corticosteroids for Asthma Patients
Outcomes Improving for Surgical Embolectomy in Pulmonary Embolism Treatment
You May Also be Interested in
Most Popular
ACR Issues Recommendations for Hydroxychloroquine Use for COVID-19
Apixaban Effective for Treatment of VTE in Cancer Patients
Gastrointestinal Issues Could Help Diagnose Coronavirus
Flu Cases Near 30 Million in the US, CDC Reports
Comparing RT-PCR and Chest CT for Diagnosing COVID-19