A Powerful New Weapon in the Fight Against Clostridium difficile Infection 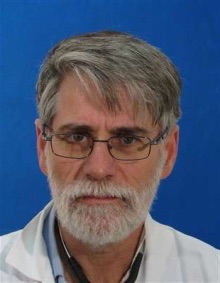 According to Dan Peres, MD, senior vice president and head of medical development at Immuron, IMM-529 "has shown promise in successfully treating Clostridium-difficile" through its "unique delivery of antibodies."

If the trials are successful, IMM-529 may be a powerful new weapon in the global fight against CDI. Peres reports that IMM-529 that has been effective in preclinical studies for prophylactic use, treatment of disease, and the prevention of recurrence in relation to CDI, and that the company is excited to enroll the first patients.

The placebo-controlled study to test the safety, tolerability and efficacy of IMM-529 will take place at Hadassah Medical Center in Jerusalem and include 60 CDI diagnosed patients in the 28 day study.

Patients enrolled in the study, led by Yoseph Caraco, MD, head of the clinical pharmacology unit at Hadassah Medical Center, will receive IMM-529 or a placebo 3 times a day during the 28 -day trial period, and be monitored for 2 additional months, determining any recurrence of the disease.

In a statement, Caraco said that he was optimistic about IMM-529 based on pre-clinical trial results and that IMM-529 could "be the answer we're all looking for" when it comes to treatment of CDI.

IMM-529 targets CDI in 2 ways: by neutralizing toxin B (TcdB), a cytotoxin responsible for inflammation and diarrhea that characterizes CDI, and by binding Clostridium difficile spores and vegetative cells preventing further colonization. Caraco reported that IMM-529 approaches CDI by "targeting the main virulence factors of the disease with only minor disturbance to the natural biome" which could be extremely valuable in treating CDI.

In the earlier pre-clinical proof-of-concept study by led by Dena Lyras, MD, PhD with Monash University in Melbourne, Australia, IMM-529 was shown to be 80% effective in both the treatment of and prevention of CDI without the use of antibiotics.

In a December 2015 statement from Immuron, Lyras stated that she was "excited by the potential of these therapeutics in treating patients with both the acute and the relapse phase, of the disease."

According to data supplied by the American Gastroenterological Association, approximately 500,000 people in the US are diagnosed with CDI each year, and CDI-associated deaths range from 14,000 to 30,000 per year.

In the European Union, according to a 2016 study led by Alessandro Cassini, MD, with the European Centre for Disease Prevention and Control in Stockholm, Sweden, more than 150,000 cases of hospital-acquired CDI infections (134,053–173,089; 95% CI) occur each year.

According to Immuron, the cost of CDI globally (calculated by CIDRAP, the Center for Infectious Disease and Policy at the University of Minnesota) is an estimated annual economic burden of more than $10 billion and increases in hypervirulent and antibiotic-resistant strains have led to CDI becoming a major medical concern.

Caraco stated that CDI poses "a growing risk amongst a greater population of patients, including those recently treated with antibiotics, the elderly, institutionalized and hospitalized."

If IMM-529 is found to be safe and effective in clinical trials, it could prove a significant boon to the global fight against CDI at all 3 stages of the disease.