A Key to Eradicating AIDS Discovered 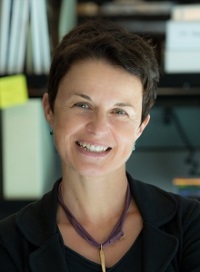 An enzyme called SMYD2 could play a significant role in clearing dormant HIV-1 cells out of the body, ending the need for lifetime medication to quiet them, and paving the way for a possible cure for AIDS, according to a study by California researchers.

The problem with trying to cure AIDS, rather than just suppress it, is that the virus can hide out in cells indefinitely so that a patient is never AIDS-free. Drug therapy keeps the virus inactive, but if the drugs are stopped, the virus can “spontaneously reactivate and thus rekindle the infection,” according to the study.

The “shock and kill” strategy to cure AIDS would use an agent to shock the latent virus awake and then use the patient’s immune system and antiretroviral medication to kill most of the virus-infected cells. SMYD2 could be that agent, according to the findings of Melanie Ott MD, Phd and her colleagues. Ott, the lead author of the study, is a senior investigator at Gladstone Institutes which is affiliated with the University of California San Francisco (UCSF) where Ott also is a professor in the Department of Medicine.

To find SMYD2, the team “screened over 50 methyltransferases to determine which ones regulate latency in infected T cells,” said Daniela Boehm PhD, a post-doctoral scholar in Ott’s lab and first author of the study.

“We identified SMYD2 as a regulating enzyme and found that inhibiting it reactivates, or wakes up, latent cells," Boehm said. "SMYD2 could therefore be used as a theurapeutic agent in the shock and kill strategy."

"They also suggest potential translational applications," Ott said. "Through a valuable collaboration with our industry partners, we obtained samples of small molecules in pre-clinical development that target SMYD2 and could potentially activate latent HIV."

The team has already taken a step closer to using SMYD2 as a key ingredient in a cure. According to one of the co-authors, Warner Greene MD PhD, the researchers have tested molecules that inhibit SMYD2.

“We found that these small SMYD2 inhibitors were able to activate the virus in latently infected T cells isolated from HIV patients,” Greene, a senior investigator and director of the Gladstone Institute of Virology and Immunology, said.

Recently, scientists at Johns Hopkins have questioned the safety of the shock and kill approach if the sleeping virus cells are in the brain. These scientists have suggested in an animal study published earlier this year that the reactivation of HIV cells in the brain could lead to central nervous system disease such as encephalitis.

The Ott-Boehm study did not address this issue specifically, but it does mention that a drug company has looked at a SMYD2 role in tumor suppression inactivation. In addition, Ott said the class of enzymes that includes SMYD2 have also become "increasingly important in disease development, particularly cancer, and efforts have intensified to develop specific pharmacological inhibitors targeting them.”

Ott, Boehm and their co-authors wrote that pharmacological SMYD2 is a potential therapeutic approach to HIV latency reversal that possibly "underscores the emerging ties between cancer and HIV treatment through shared epigenetic drug targets."

“Though we are still far from a human application, it is exciting to know that data from this study might readily connect with clinical efforts,” Ott said.

SMYD2-Mediated Histone Methylation Contributes to HIV-1 Latency was published in the May 10 issue of Cell Host and Microbe.

Click here to sign up for more HCPLive® content and updates.
Related Coverage >>>
Christina Tan, MD, MPH: Managing Coronavirus Fear
Novalung System Granted 510(k) Clearance for Whole ECMO System
Bempedoic Acid, A Non-Statin Lipid-Lowering Agent, Approved by FDA
You May Also be Interested in
Most Popular
The Fear of the Coronavirus, and the Reality of the Flu
Do EMRs Provide Clinically Relevant Information?
Top 10 Painkillers in the US
How to Spot a Bad Doctor
Testosterone Supplementation May Increase Serotonin Levels in the Brain