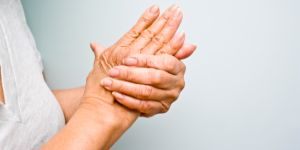 When accidents result in the loss of fingertips, surgeons are often called in to determine whether reattachment is possible and, more importantly, whether hand function can be restored.

While refined techniques have boosted the reattachment success rate to about 90% if patients present in a timely manner with an amputated digit in good shape, many reattached fingertips have limited motion, sensation deficits, and intolerance to cold.

Modern microsurgical practices are highly successful, but when they fail, flap congestion from inadequate venous outflow due to lack of suitable veins for microsurgical anastomosis is the most common cause. One technique that can improve outcomes is cross-finger dermal pocketing, which was described in the May 2014 issue of Techniques in Hand and Upper Extremity Surgery.

In the article, a team of researchers from Singapore discussed modifying previous methods to augment venous outflow by “utilizing dermal flaps raised from the adjacent digit in the form of a cross-finger flap.”

“The key differences are the partial deepithelization of the replanted fingertip and subsequent replacement of the dermal flap to the donor digit to minimize donor site morbidity,” the authors explained. “During the period where the 2 digits are attached, interphalangeal joint mobilization is permitted to maintain joint mobility.”

According to the researchers, the advantage of cross-finger dermal pocketing stems from the fact that capillary density is inversely proportional to skin depth, since higher capillary density provides a larger surface area of vascular conduits for plasmatic exchange. The authors also noted venous outflow is maintained by seepage through surgical incision to dressings, as well as passive plasmatic exchange between the de-epithelized area and the dermal surface of the trapdoor flap.

You May Also be Interested in
Most Popular
Restless Leg Syndrome, Extreme Sleep Patterns Help Predict Recurrent Stroke
Helping Veterans and Reservists Become Licensed Nurses After Service
New Uterine Fibroids Oral Treatment Could Replace Surgery (UPDATE)
Flu Cases Near 30 Million in the US, CDC Reports
Is Arsenic Exposure a Cause of Type 1 Diabetes?