FEBRUARY 12, 2015
Ed Rabinowitz
If you look up the word ‘concierge’ in the dictionary you’ll find multiple definitions, ranging from a member of a hotel staff in charge of special services for guests, to an employee stationed in an apartment house lobby who screens visitors. Even “a janitor” is among the listed definitions.

Perhaps the most recent definition is for concierge medicine: “medical care for which the patient pays the doctor an annual fee for special or extra services.”

The definitions run the gamut. And while there appears to be little that a janitor and physician have in common, there is at least one common element that ties all of the definitions together: working with people.

“The big plus for me doing what I’m doing is the ability to deal with people,” explains Marie Delcambre, MD, FACP, a concierge medicine practitioner with Kansas City Internal Medicine. “When you reach the point where the system disconnects you from making a connection with the patient, there’s a problem with the system.” 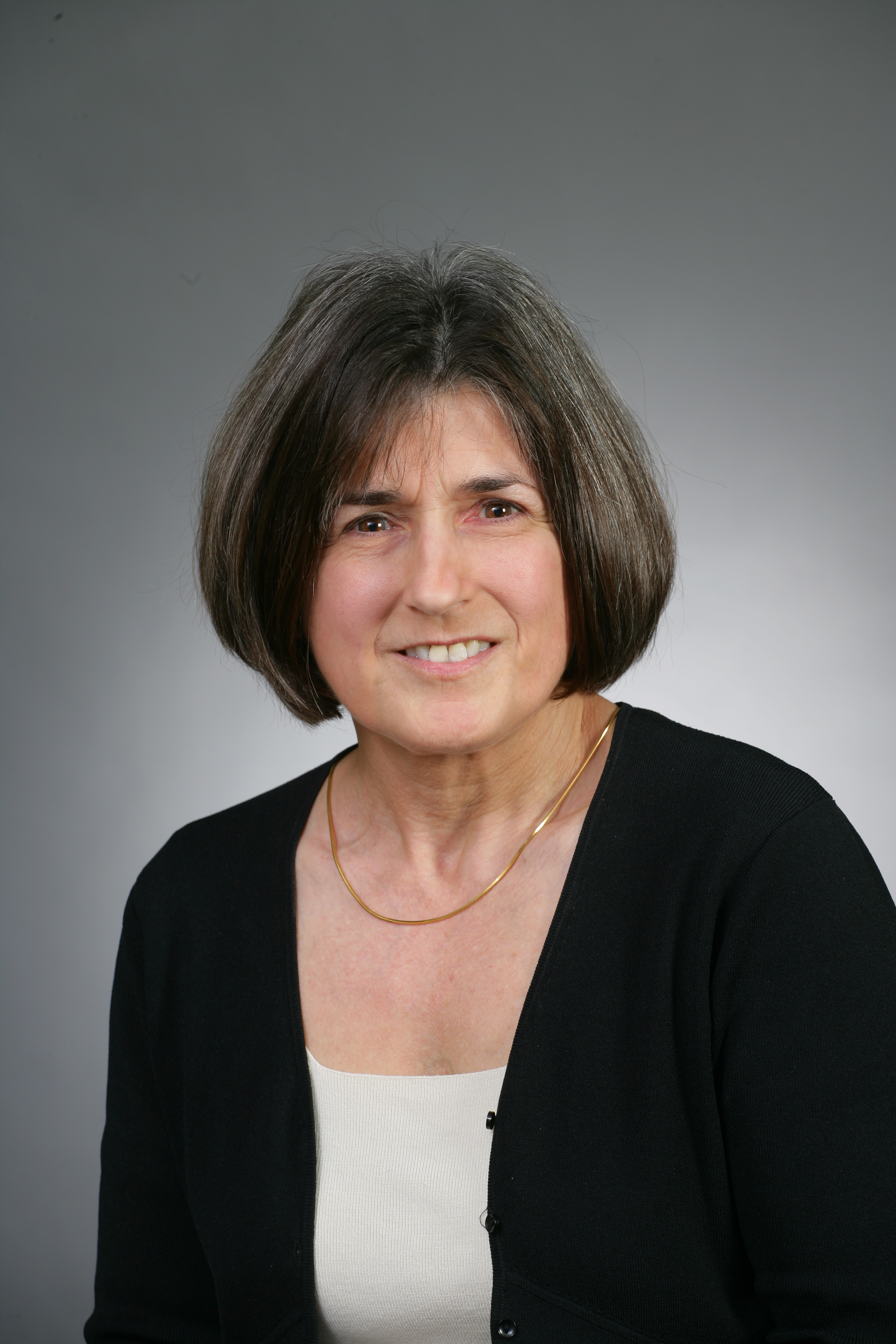 Garden beautiful
Delcambre is a mother (6 children) and grandmother (4 grandsons) who has always had an interest in landscape and gardening. She agrees with the assessment that her love of gardening is like the love she has for her patients.

“Had I not gone to medical school, maybe I would have owned a landscape and gardening center,” she says.

A board certified physician who has been practicing internal medicine for more than 30 years, Delcambre says her ideal medical practice was in the 1980s and early 1990s when she was part of a small group practice.

“There were 3 or 4 of us in the practice,” she recalls. “We knew each other’s patients, we made house calls when necessary, we saw our patients in the nursing homes when they were there. We knew our colleagues in the hospital, and had the breathing room to actually be able to discuss patients.”

That changed shortly into the new millennium, and Delcambre points to 2 key reasons for the change: the electronic medical record, and the way physicians were paid. Each year physicians were asked to do more paperwork while patient visits became shorter. It got to the point where “it wasn’t fun any more. That’s not why I went to medical school.”

The straw that broke the camel’s back was when she received feedback from a patient seeking an appointment who was told by the practice’s front desk that Delcambre’s next opening was 8 months away.

Delcambre began thinking that “it might be time to hang it up.” She’d done her time and paid her debt to society. Maybe it was time to “dig in the garden, or become a consultant.”

That’s when she began receiving brochures about a different style of medicine—the MDVIP style of concierge delivery. Delcambre went to a few meetings and became intrigued, mostly because it afforded her the opportunity to turn back the clock.

“Now I practice medicine the way I did in the 1980s when my visits were 30 minutes long,” she says. “That sort of very personalized attention to your patients is impossible to occur when you’ve got over 2,000 patients and you’re limited in the amount of face time you have with each patient. Then throw in the electronic medical record and it’s mostly face time with the computer. You’re not looking at nor picking up the nuances of the conversation with the patient.”

However, the transition to concierge medicine didn’t come without its share of challenges. The greatest of which was saying goodbye to many of her patients, some of whom she had been seeing for more than 25 years.

“How do you say goodbye to someone who’s been seeing you for that long?” she asks, rhetorically. “They put their trust in you. It’s a very hard decision.”

Ultimately, it was a decision she made. She met with all of her patients, either in a forum-type setting or one-on-one during office visits, starting the process months before her transition date. Almost without fail, everyone wished her well.

“We have a large practice with 50 providers in 7 locations, and right now I’m serving as the president,” she explains. “I would not have been able to serve in that role in the old practice.”

She also has more personal time away from the practice.

“I’m in a home with a little bit more acreage, more to play with, and it has been fun to have the time to think about what are you going to do with the landscaping,” Delcambre says. “When you get to the end of whatever the project is and say, this is pretty good and I did it with my own 2 hands, that’s an intense amount of satisfaction.” 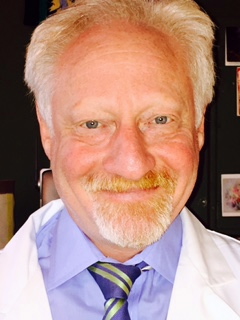 A natural migration
Daniel Jaul, MD, is a New York City native now based in Atlanta, GA. He was exposed to the medical industry at an early age when his 9-year-old twin brother died of leukemia.

That affinity has moved Jaul through primary care and urgent care to his current post in emergency room pediatric medicine, where he has been for the last 15 years. He loves the “immediate gratification” that comes with emergency room medicine, and says it fits well with his lifestyle, which includes an extensive interest and love of sports and the outdoors.

“I have more flexibility to get away and do outdoor stuff,” he says. “And I don’t feel tied to a 9-to-5 job, which a lot of medicine is.”

But Jaul has always been interested in new ways to practice medicine. “I’ve come to believe that the way we practice now, both in primary care and in emergency room settings, is kind of broken.” When he was told about MedZed, his curiosity was piqued.

MedZed is a recently launched, Atlanta-based, pediatric house call service that combined aspects of concierge medicine with telemedicine. An onsite nurse brings a board-certified physician into the home via a secure video conferencing service. MedZed’s physicians often work full-time for healthcare institutions in the Atlanta area, and see patients via the company’s i2eye technology in the evening or on weekends.

“I can now practice here in my home,” Jaul explains. “We have a house in Florida on the panhandle, and I can practice there. I just have to be in a location where I have a reliable technology connection. This is the best of both worlds. And to the extent that I can work less in the hospital and more at home, it absolutely supports the interests that I want to pursue.”

But Jaul acknowledges that, just 10 years ago, a concierge practice wouldn’t have been foremost in his mind. He explains that many years ago a colleague set up a concierge practice in internal medicine in Connecticut. His colleague loved being part of the families he treated, and getting to know them well. Jaul wondered at the time if he was suited to that type of practice.

“I like my private and down time,” he admits. “And I don’t always want to be available.”

He’s come around in his thinking since then. He sees the benefits of concierge medicine, and calls it “a more organic way of practicing medicine.” He also enjoys being able to better communicate with the patients he sees.

“Seeing patients in their own home has great value in and of itself, especially when you see kids,” Jaul says. “If they’re in their home, they don’t have the anxiety of being around a lot of other people in an ER, where they don’t understand what’s happening. And so I see kids in a completely different environment, and that has great value. It’s great for the families, but it also helps me in being able to see kids just being themselves.” 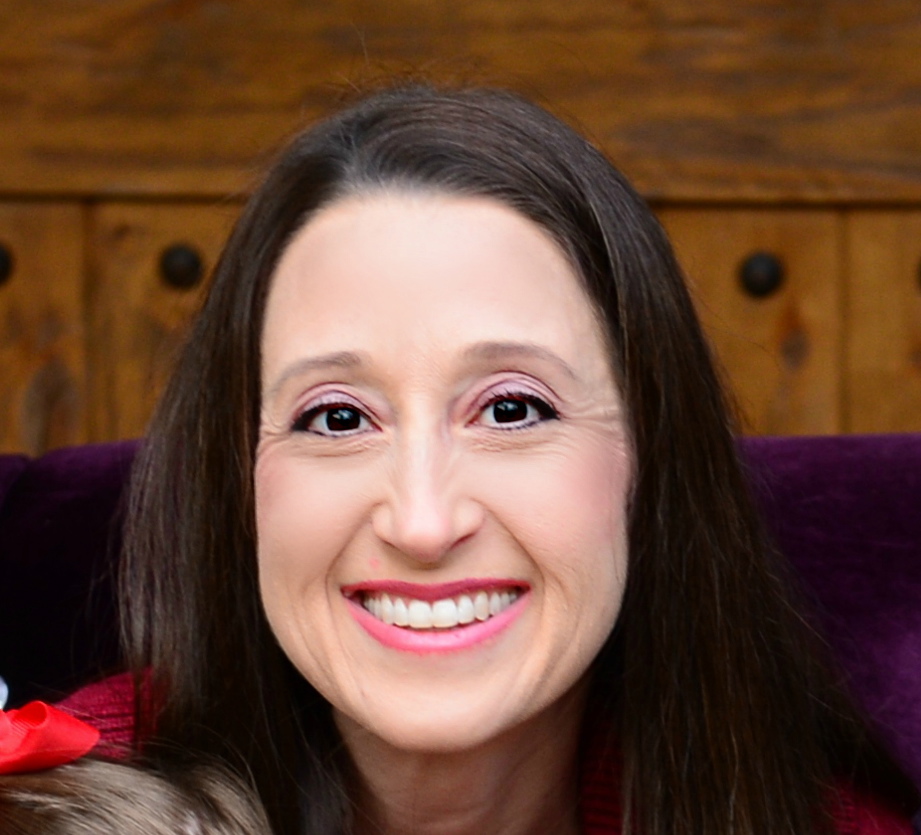 Painting the perfect balance
In 2008, Julia Kaufman, MD, left Los Angeles and returned to her East Coast roots—she was born and raised in St. Petersburg, FL—and began working as a pediatric emergency medicine physician at Wellstar Kennestone and Cobb hospitals in Atlanta. But when the first of her 2 daughters was born a year later, her priorities changed.

“I wanted to be a full-time mom but still keep up my medical skills,” Kaufman recalls. “I went to sort of half time, working ER shifts on the weekends and being a ‘mom’ Monday through Friday.”

Six months ago, an opportunity to practice concierge medicine with MedZed came along. Her daughters, now 5 and 2-1/2, were a little more independent, and Kaufman wanted to do something more with her time during the week. MedZed fell right in line with her plans.

“I can work from home, I can get my kids dinner and get them ready for bed, and do this medicine at the same time,” she says. “It’s the best of both worlds. And so while I still maintain my ER skills on the weekend, I can do this during the week and supplement the medicine.”

Still, there were challenges in adapting to concierge style medicine. Physicians, Kaufman explains, are used to relying on their own skills and judgment when caring for patients. That includes taking their own history, and performing their own physical exams on patients. With the MedZed model, those duties are handed over to the onsite nurse.

“While I can see the nurse talking to the patient, and I can supplement things with history questions of my own, the physical exam was the biggest challenge because I’m not laying my hands on the patient,” Kaufman says. “I’m relying on the nurse to do that. I can direct him or her to certain parts of the physical exam, but I’m not the one doing it. So I have to rely on them to get the skills right and have a good physical exam.”

Extensive test patient visits prior to ‘going live’ enabled Kaufman and other physicians to build a level of comfort and develop good communication skills with the nurses on staff.

Now Kaufman is able to be at home for her daughters, which is her first priority, while still taking care of patients. She’s also able to enjoy various lifestyle activities, including amateur painting.

“It’s kind of a fun hobby that some of my girlfriends and I do,” she explains. “We get together for girls night and it’s this new phenomenon countrywide where you go to either a studio or a restaurant and get together, and an artist instructs you on doing these paintings. It’s a little more than just paint by numbers, and I’ve really gotten into it. And several of the paintings are hanging up in our house.”

Might there be an art exhibit one day? Kaufman laughs at the suggestion.

“There isn’t a lot of talent there, but it’s very enjoyable,” she says. “It’s stress relief, more than anything. And it helps fill our walls.”

Contemplating concierge
For those physicians who might be doing some soul searching, and contemplating a transition to a concierge style practice, Delcambre suggests thinking about the reasons why you entered the medical field. And if the work you’re doing now and pace at which you’re doing it restricts you from fulfilling those reasons, it might be time to consider other options.

“It’s easy for doctors to fall into the mindset of this is what I have to do because the insurance company says it, or these are the mandates,” she says. “I think when we stop and recapture the humanity in our own lives and practices, that translates into better care and better humanity for our patients.”

You May Also be Interested in
Most Popular
Denise Daley, PhD: Early Asthma Interventions for Infants
Certain Fecal Fungal Microbiome Patterns Found in COVID-19 Patients
Top 10 Painkillers in the US
The 10 Worst Things Patients Can Say to Physicians
Screen Time Linked to Inattentiveness, Behavior Problems in Children