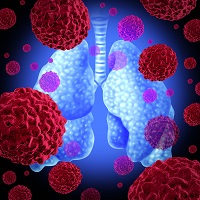 End of life care preferences should be treated and observed while caring for patients with pneumonia as a complication or cause of their death, according to a research letter published in JAMA Internal Medicine.

Researchers from various clinics and hospitals in Massachusetts examined Centers for Medicare & Medicaid Services’ criteria to find all patients who died from pneumonia between January 1, 2008 and December 31, 2012 across three Massachusetts hospitals.

The researchers aimed to determine the intensity of care and patient preferences for life sustaining therapies for those patients for whom pneumonia was the underlying cause of death according to the Medicare and Medicaid data. if the patient had stable conditions and death would not have occurred in the absence of pneumonia, according to the researchers’ evaluation of the patients’ medical records.

Pneumonia was considered a minor contributor if the patient had a comorbid advanced life-threatening illness and “pneumonia was on the final pathway to death,” the researchers wrote.

The investigators identified 202 total deaths in the analysis, of which 56.4% had a ‘do not resuscitate’ order at admission. The patients were an average age of 78.5 years, and most patients had a debilitating illness. About a quarter had advanced dementia, 9.3% demonstrated failure to thrive, 18.2 had cerebrovascular disease with severe functional impairment, and 7.5 percent had lung cancer. There were 2.9% of patients with a feeding tube and 1.9% received long-term mechanical ventilation.

“Almost half of the deaths occurred among patients who, at the time of admission, had appropriately decided to forgo aggressive treatment. The deaths of these patients cannot be assumed to represent poor-quality care because survival was not necessarily the goal of therapy. In many other cases, care was ultimately withdrawn, but we were unable to determine whether the overall quality of care contributed to the patient’s death,” the researchers wrote, concluding that the findings of this study warrant enhanced mortality measures taking into account patient preferences for treatment and end of life care.

You May Also be Interested in
Most Popular
The Fear of the Coronavirus, and the Reality of the Flu
Implementing Price Transparency Tools at Ambulatory Care Centers
Depression Linked to All-Cause and Cardiovascular Mortality
Ustekinumab Successful as a Target Therapy for Crohn's Disease
FDA Approves Voltaren Arthritis Pain as OTC Topical Gel for Osteoarthritis