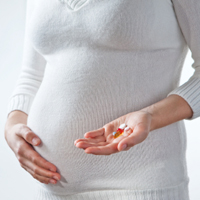 Pregnant women using paracetamol for prolonged periods of time could reduce the production of their male babies’ testosterone, according to research on mice models published in Science Translational Medicine.

Researchers from the University of Edinburgh in Scotland examined animal models of acetaminophen doses during pregnancies in order to determine the effects of the drug on male offspring. The mice models, which had been castrated, carried grafts of human testicular tissue in order to continue the testosterone production. The grafts had previously demonstrated a similar ability to develop, grow, and function the way that human testes do during pregnancy.

The mice models were administered a typical daily dose of paracetamol over either a period of 24 hours or 7 days. The dose was given 3 times per day and was a human dose equivalent, measured based off of the 20 mg per kg of body weight recommendation. Then, the researchers measured the amount of testosterone produced by the human tissue 1 hour after the final dose of paracetamol.

“Our results suggest that protracted use of acetaminophen (1 week) may suppress fetal testosterone production, which could have adverse consequences,” the authors concluded. “Further studies are required to establish the dose/ response and treatment/ duration relationships to delineate the maximum dose and treatment period without this adverse effect.”

The researchers wrote that lower testosterone exposure in fetal life is responsible for a majority of male reproductive disorders. However, they said that previously, the mechanisms that suppress fetal testosterone had been largely unknown.

“This study adds to existing evidence that prolonged use of paracetamol in pregnancy may increase the risk of reproductive disorders in male babies,” Rod Mitchell, a Wellcome Trust Intermediate Clinical Research Fellow at the University of Edinburgh, explained in a press release. “We would advise that pregnant women should follow current guidance that the painkiller be taken at the lowest effective dose for the shortest possible time.”

The researchers also commented that it is probably too early to tell if these results are applicable to human use of the painkiller. However, the results do caution against extended use of acetaminophen during pregnancy, they said.

You May Also be Interested in
Most Popular
Nanoparticle Treatment Showing Promise Against Rhumetaoid Arthritis
Top 10 Painkillers in the US
Positive Results Treating Active Psoriatic Arthritis with Upadacitinib
Comparing RT-PCR and Chest CT for Diagnosing COVID-19
Tanezumab Outperforms Placebo, Tramadol in Improving Chronic Back Pain