Maintenance of Certification: Adequate or Not? 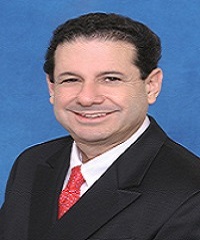 This discussion is with David Lazarus, MD, the chairman of medicine at Princeton University Medical, Plainsboro, NJ. We are deliberating the maintenance of certification (MOC) requirements for internal medicine.

The intended point is to demonstrate to the general public that a physician has kept up in their field and can therefore be considered competent.  I think where the sticking point comes in is where many physicians feel they are already doing that with various CME activities although in a non-measured way.  I think that where the crust of disagreement comes from.  They question whether the proposed measurement system is adequate to determine competence.

SM: I think that it is perceived as not being voluntary.

LZ:  I’ve read some of the arguments and have heard Paul Teirstein, MD from Scripps Health in San Diego CA. He has an article in the New England Journal of Medicine (NEJM).

SM: Some doctors say the cost of MOC is prohibitive.

LZ: The bigger expense is the time spent to prepare which takes them out of the office. This is a lot more than the actual cost of the exam. Physicians have to take the time out to study and typically won’t take it from office time but rather from their personal lives. This is very difficult to do after working all day, particularly if they participate in their specialty societies, go to meetings, and spend time reading their journals. This is something extra because someone thought it should be standardized. The objection I have to MOC is one that is philosophical. There is absolutely nothing wrong with learning more things, or going over things, which can only be a benefit if you have time to do it.  But we are in the era of evidence-based medicine and that concept should be extended to evidence-based learning. Before you impose a big cost on physicians there should be evidence that this intervention makes for better outcomes. We need to ask, does it reduce mortality or morbidity, or do something that is significantly positive that justifies the cost. That cost will be probably be hundreds of millions of dollars. This is a significant investment, and the specialty societies could have studied this prior to implementation. The studies wouldn’t have been too hard to do. They could have done a randomized trial comparing two groups of physicians and see if the physicians who were recertified had better outcomes. You might not see a very big difference because most physicians are competent and operate properly. There are a few who are not but will this process find them, and help protect the public from them? We don’t know though.

We are proponents of evidence-based medicine so why jump ahead with this process before we have evidence that it does what it is supposed to. There is no reason to rush in other than the public relations aspect.

SM: The public demands that their doctors be board-certified but they really don’t know what that means.

LZ:  What they are checking is what board certification was first intended to do. Certification came out in the first half of the twentieth century when there weren’t defined specialties. People didn’t really know what a cardiologist or a gastroenterologist did so specialty boards were developed which defined and standardized what each specialist did. They made training programs unified so that everybody got the same basic training. It was highly successful and you won’t know where individual physicians trained because we all practice in the same way. You can depend that people have learned the basics everywhere.  The assumption that this is true after people are out in practice may not be so correct.  It’s a much different experience.

Sm:  Do you think that doctors are just overwhelmed with the process of certification because of Medicare’s Physician Quality Reporting System (PQRS), the Affordable Care Act’s “meaningful use” of electronic records requirements, the need to overhaul their billing systems to comply with new ICD-10 codes and MOC.

LZ: I’m sure that’s a big part of it. So far we haven’t seen a big benefit from any of those things but theoretically as the data is collected we will see that it will probable help us. I think that there are physicians who resent that they are being watched. None of us like being looked at over our shoulder but I don’t see anything wrong with that. We should be able to justify our actions and be proud of what we do and not have a problem with someone double checking. It’s interesting that when we look at PQRS, most physicians are surprised that it isn’t as good as they thought. It’s difficult to sift thru all the practice data to get an accurate picture of how well you are doing. Hypertension treatment is a good example of that.  That leads to another question of patient compliance. Why wasn’t the patient compliant?  The patient didn’t want to have a stroke but maybe we didn’t educate them enough, or give them a medication they could tolerate, or convince them well enough. I don’t know that is something that an organization like the American Board of Internal Medicine (ABIM) should be taking on. I don’t think that this comes under the rubric of board certification as to how you run your office or what your patient experience is. It is not the purpose of what a board certification organization should do since there are so many other agencies involved with these details.

SM: Would it be difficult to design a good test.

LZ: I would favor that rather than have such a prescriptive process. We use some of the great technology we have to come up with medical simulations where you could give physicians standardized, typical cases, not the unusual or rare cases, and see how they approach those problems. If you see they don’t approach it correctly then you have to go back and do some further training to demonstrate you are better at it.  Writing board tests is really difficult to do. You want to design a question that some people are going to get wrong so you design the questions with a way that might fool someone. If you really want to show to people that a doctor is competent show how he performed when confronted with the typical cases he would see in practice. This shouldn’t be hard to design.

SM: What about taking the test open book?

LZ: I agree that the test should be open book because medicine is much different and when we were training you had to memorize Harrison. That was your job.  When I round now with residents they just pull their phone out while I am talking and look up the topic. Why should they depend on their memory when the information is so readily available? I often will review online material to get a quick refresher when I see patients. If the purpose of the test is to have physicians brush up on things they don’t commonly see they can go back and brush up and demonstrate that they have reviewed the topic. It shouldn’t have to be such a laborious process.

SM: How do you feel that graduate medical education is doing at fulfilling its 6 identified goals?

LZ: I think we meet the goals very well. Residents complete their training meet those goals very well. There are some other issues outside the scope of this discussion about the limits on residents’ work hours’ impact on experience but in terms of meeting the pillars our residents are well prepared. The residents are taught by a much smaller cadre of physicians which may not always be the best because variation in practice styles is good. I think it’s a loss to community physicians who never come to the hospital.  To be an internist and never take care of someone who is critically ill is unusual. Now physicians, once they finish residency, if they never care of someone who is hypotensive, or having an MI they will be uncomfortable with really sick patients.  Are you truly the same internist if you never take care of sick patients once you complete your residency? Maybe the board certification process needs to recognize that.  I think that the ABIM could do some worthwhile things that would reflect current practice rather than force what they think practice should be.

SM: Do you think that the trend for community internists not to come to the hospital anymore has a negative impact on medical care?

We struggle on the inpatient side, on the hospitalist side with patients who have chronic diseases and major decisions need to be made about their care without the physicians they have known and trusted many years.  The systems are not set up for that which is a big problem.


Thank you for this interesting discussion.