This 17-year-old Filipino female in the southern San Joaquin Valley of California presented with a 3 week history of progressive dyspnea on exertion and orthopnea accompanied by fever, chills, pleuritic chest pain, weight loss, and general debilitation.


She was diagnosed with disseminated coccidioidomycosis, and started on antifungal agents. She subsequently developed left wrist pain. Chest and left wrist radiographs (x-rays) were obtained. 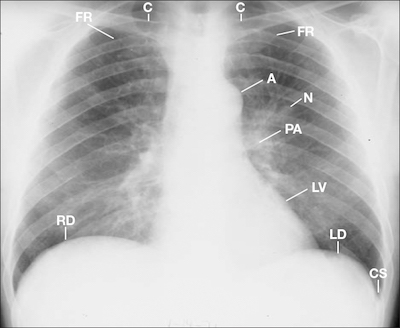 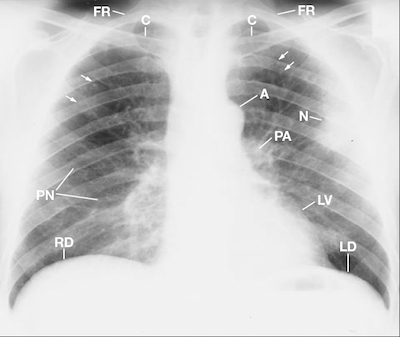 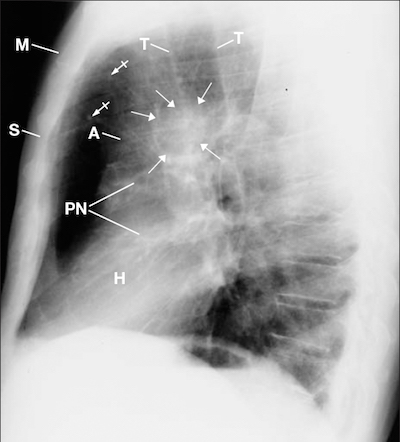 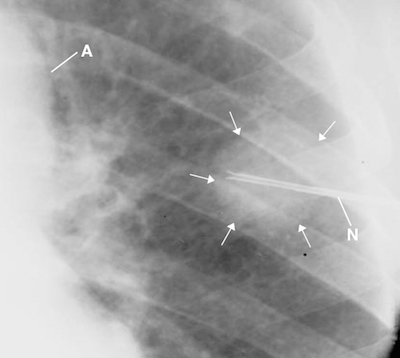 Plain radiographs of her left wrist and Technetium-99m isotope bone scan were obtained. The plain x-ray images displayed a radiolucent cortical destruction in the left ulna styloid process with adjacent soft tissue swelling (Figure 4). The bone scan (not displayed) was obtained to detect other sites of osseous involvement. No other sites were detected. A percutaneous biopsy was obtained under fluoroscopic control that revealed positive microscopic evidence for coccidiomycosis in the ulnar bone as above described.3 Cultures from the biopsy specimen confirmed the tissue diagnosis as per history given.

The burden of coccidioidal disease

Coccidioidomycosis (Valley fever/California fever) is primarily a disease of the lungs caused by inhaling the spores of Coccidioides immitis. It is endemic to the southwestern United States and northwestern Mexico in dry, hot, dusty areas, particularly in the San Joaquin Valley of California and southern Arizona, where the spores exist in the alkaline soil. 4, 5

The spores may become airborne by disturbances of the soil such as winds (particularly dust storms), earthquakes, construction, farming, and archaeological digs and can also be carried by fomites. During the 1950s, private vehicles belonging to military personnel stationed in California were transported to Germany. Sand containing spores of C immitis were detected in the wheel wells of these vehicles that caused a local out-break of coccidioidomycosis (personal experience).

Coccidioidomycosis is symptomatic in only about 40% of cases, but a travel history is important in patients who present with the symptoms of protracted cough, fatigue, fever, chills, weight loss, and chest pain.3 Although the disease is usually self-limited, a small percentage of cases may become disseminated with potentially lethal complications. Some population groups are at higher risk for dissemination: dark-skinned people (African-Americans, Mexican-Americans, Asians [particularly Filipinos], and Native Americans), women in the last trimester of pregnancy, and patients who are immunocompromised (HIV/AIDS, transplant, diabetes) or taking immunosuppressive medications. The usual sites of extra pulmonary involvement are the skin, reticuloendothelial system (especially the liver and spleen), meninges, joints, and bones.5

The bony lesions are usually low grade, lytic lesions of cancellous bones that display little or no tendency to produce reactive sclerosis or periostitis. They may be associated with osteocutaneous fistulous tracts and are especially suggestive of coccidioidomycosis when found at bony prominences such as patellar edges; acromial, coracoid, ulnar, or radial processes, as solitary lesions at rib margins, as localized destruction of the outer table of the skull, or in the vertebral body, arch, or processes. 6 7

Lumbar spine, lower extremity, and follow-up chest radiographs were obtained to stage progression of her disease revealing increased heart size, massive hepatosplenomegaly, ascites, meningitis, and cutaneous lesions. Cardiomegaly was thought to be due to pericardial effusion secondary to C immitis infection. She expired 2 months later following the events described above. An autopsy was not performed.

If a patient has traveled through regions endemic for coccidioidomycosis and develops a cold, fever, and cough, think possible coccidioidomycosis, particularly in patients and/or visitors from other states/countries that may have traveled thru the San Joaquin valley in California—a travel history is important.

If a patient has symptoms of coccidioidomycosis. which is often difficult to diagnose, chest radiographs (PA and lateral) should be obtained to determine if changes of the disease are present, particulary when hilar adenopathy is present.

You May Also be Interested in
Most Popular
Comparing RT-PCR and Chest CT for Diagnosing COVID-19
Flu Cases Near 30 Million in the US, CDC Reports
Limited Supply of Chloroquine, Hydroxychloroquine Could Affect COVID-19 Use
Early Antibiotics Could Influence Pediatric Asthma Risk
Cardiology Organizations Advise on ACE Inhibitors, ARBs Use During COVID-19