Is This Teenager a Good Candidate for an IUD? 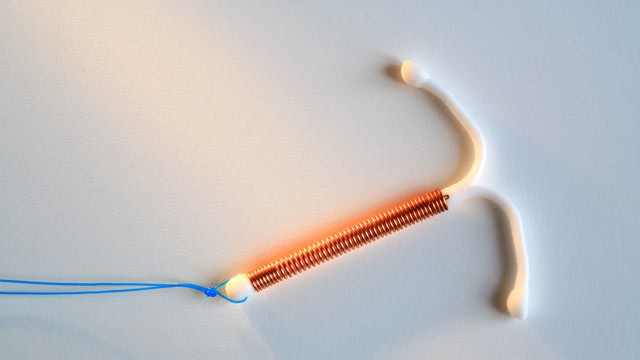 You see a 16-year-old female for contraceptive counseling following her recent miscarriage at 10 weeks. She states that she had been taking a birth control pill at the time of her recent pregnancy, though she admits that she often forgot to take it. She has heard the intrauterine device (IUD) is “better,” but it is generally not recommended for teenagers.

How do IUDs compare to birth control pills on efficacy?

IUDs have clearly been proven more effective than combined oral contraceptives in preventing pregnancy. For the copper IUD, the one-year typical use failure rate is 0.8 per 100 women, and for the levonorgestrel-releasing intrauterine system (LNG-IUS), it is 0.2 per 100 women.

Are IUDs appropriate for adolescent females?

IUDs are among the safest and most efficacious forms of birth control available. Although they are underutilized in the United States due to bad publicity stemming from the era of the deadly Dalkon Shield, the rest of the world has continuously promoted the use of IUDs in adolescents and young adults.

Currently, the American College of Obstetrics and Gynecology (ACOG) strongly supports IUD use among adolescent females. In 2012, ACOG issued a committee opinion that stated “long-acting reversible contraception (LARC) — IUDs and the contraceptive implant — are safe and appropriate contraceptive methods for most women and adolescents.”2

“These contraceptives have the highest rates of satisfaction and continuation of all reversible contraceptives,” the statement continued. “Adolescents are at high risk of unintended pregnancy and may benefit from increased access to LARC methods.”

When I discuss IUDs with my adolescent patients, I inform them that the devices afford great efficacy rates in preventing pregnancy, but they still must use condoms to protect themselves from sexually transmitted infections (STIs).

Can IUDs be used in nulliparous women?

Although nulliparity was formerly viewed as a contraindication to IUD use, that is no longer the case. In fact, guidelines from both the ACOG3 and the US Centers for Disease Control and Prevention (CDC) consider multiparous and nulliparous patients to be suitable IUD candidates.

While older studies have suggested higher rates of IUD expulsion and removals due to bleeding and pain in nulliparous women, more recent studies indicate no difference in risk with the LNG-IUS and only slightly increased risk with the modern copper IUD. However, a nulliparous woman may have a narrower cervical canal than a parous woman, which can make the procedure more challenging for the provider and more uncomfortable for the patient. In light of this, I often premedicate with a nonsteroidal anti-inflammatory drug (NSAID) and use a paracervical block.

What IUD options are available?

Currently, 3 types of IUDs are available in the United States: ParaGard, Mirena, and Skyla.

Because ParaGard is a copper IUD, it does not affect hormone levels thus avoiding potential symptoms and side effects associated with hormonal forms of birth control. The US Food and Drug Administration (FDA) approved ParaGard for 10-12 years of continuous use.

Mirena, an LNG-IUS, locally releases a small amount of a progestin-like hormone called levonorgestrel, which prevents egg release, makes the uterine lining unfavorable for implantation, limits the sperm’s ability to fertilize the egg, and thickens the cervical mucus to further hinder sperm motility. Mirena is FDA approved for 5-year continuous use.

Skyla, a “mini-Mirena,” is the newest IUD on the market, as the FDA approved it in February 2013. Since it releases fewer hormones, it is only effective for 3 years.

What advantages does Skyla offer?

Since Skyla is smaller than Mirena, it is easier to insert, especially in adolescent and nulliparous women. As with all IUDs, compliance with Skyla is not an issue, because once it is inserted, there is no need to remember to take the pill daily, change the patch weekly, or insert a new ring every 3 weeks.

Both Skyla and Mirena cause a reduction in the amount of bleeding. In fact, 12% of patients who receive these IUDs become amenorrheic. In certain individuals, such as those with menorrhagia or severe dysmenorrhea, use of hormonal IUDs can sometimes help prevent certain gynecologic surgeries.

Continue Reading (Page 2) >>
You May Also be Interested in
Most Popular
Visual Impairment, Dementia Are Detrimental to Independence of Older Adults
Murli Manohar from Tulane University: Looking for New Ways to Treat Pancreatitis
Denise Daley, PhD: Early Asthma Interventions for Infants
Is There a Link between Low Testosterone and Chronic Marijuana Use?
Potential Transfer of Clostridium difficile From Dog, Cat to Household Owners