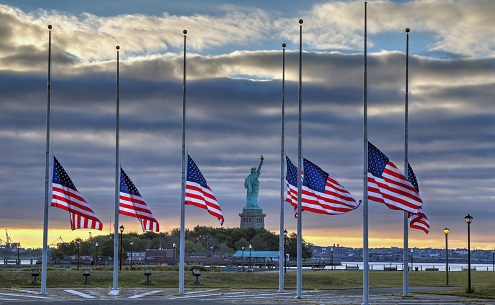 “We waited in the 2nd triage area, and no patients came. We waited for three or four hours and then we moved on,” states Manuel Delgado as he recounts his experience on Sept. 11, 2001, after the collapse of the World Trade Center Towers.

Manuel Delgado is the administrative director of the emergency department at Long Island Jewish Medical Center in New Hyde Park, NY, but that day he was a paramedic with FDNY and responsible for certification and credentialing with the office of medical affairs. On the morning of 9/11 he was treating patients in the forward triage area near the base of the south tower of the World Trade Center when the building collapsed.

In interviewing Delgado about his memories of the events of that day, he speaks a harrowing and detailed recount as if the terrorist attacks had occurred yesterday. He reflects on that day and the implications for paramedic practice.

“I was working in the office at medical affairs and I got a call from a friend in the New York State Department of Health EMS wondering what was going at the World Trade Center (WTC),” he says, “I looked at the CAD (computer aided dispatch) system and the board was lighting up. The first report was a 1040, plane into a building. We heard that it was a small plane that hit the north tower of the WTC. Later, we heard that it was maybe a cargo plane.”

At that point, Delgado grabbed his gear, including his antidote kit for weapons of mass destruction. He jumped into an official FDNY car and drove over the Brooklyn Bridge into lower Manhattan with Dr. Alan Cherson and Dr. Michael Guttenberg, two physicians working in the office of medical affairs.

“We saw a huge a hole and smoke billowing from the building.” At the point, Delgado knew that it was no cargo plane that hit the WTC.