Are Hillary Clinton and Donald Trump Healthy Enough to be President? 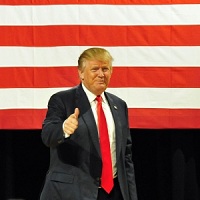 Over the past 50 years, there have been at least two cases where sitting presidents suffered from chronic medical conditions that should have been disclosed to voters. Dwight Eisenhower had cardiovascular disease leading to both a heart attack and a stroke while he was in office, and John F. Kennedy suffered from Addison's disease, as well as having chronic back pain for which he variously took codeine, Demerol, and methadone. Kennedy's use of opioids and other drugs had the potential to affect his judgment.

In my clinical practice, I am called upon daily to clear patients for procedures ranging from relatively benign interventions like cataract surgery to high-risk procedures such as orthopedic, heart, and brain surgery. In the process, I make sure medications are optimized, needed pre-testing has been sufficiently passed, and the patient is operationally fit.

If not, then no go. Also, we physicians are often asked to clear seemingly healthy patients who have suffered sports injuries for return to play. Clearance, in this sense, is about risk assessment. Surgeons want to know their patients’ risk of dying during surgery, and coaches want to know players’ risk of re-injury/worsening injury if they resume play. In the same vein, political parties and the American public should have credible data with which to assess candidates’ risk of serious illness/death during office. Without breaking patient privacy rules in HIPAA, the public deserves to know at least basic medical details.

“Clearance” is not a vague idea of someone's fitness, but a well-defined process involving exam components that are specific to the activity for which the patient is being cleared – whether that activity is surgery, sports, or employment. When a patient suffers a heart attack, stroke, or other medical condition that interrupts their work duties, most employers require that they obtain medical attestation from a physician that they are able to perform their particular job function before they are allowed to return to work. Many industries (ie, aviation, transportation, and military) have their own specialized exams addressing particular components of "fitness" for job performance in that particular industry. Would you feel comfortable getting on a plane flown by a pilot who hadn't undergone a comprehensive physical? Why, then, are those who aspire to pilot the country not required to submit to an equally comprehensive assessment? Many federal agencies do routinely conduct pre-employment physicals for substantially more mundane positions.


<< Previous Page (Page 1)
Continue Reading (Page 3) >>
You May Also be Interested in
Most Popular
Adam Friedman, MD: Returning to Normal During the COVID-19 Pandemic
Free Webinar, Derm Clinical Updates: Keeping Up with COVID-19
Immunotherapies at the Forefront of COVID-19 Treatment Research
Top 10 Painkillers in the US
Study Finds Marijuana Use Not Linked to Increased Stroke Risk