Southern Living: Why the South Is the Epicenter of AIDS in US 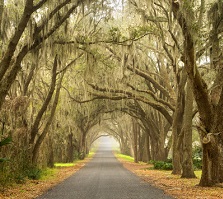 But all too often, Chastang said today at a session on HIV in the South held at the 20th Annual US Conference (2016 USCA) on AIDS in Hollywood, FL, he is asked to stay home.

"I've had family tell me not to come to funerals because I'm the HIV man," he said. In the rural South, where Chastang works, families who lose someone to AIDS often pretend the deceased died of cancer, so strong is the stigma of having AIDS. If Chastang shows up, the other attendees will connect the dots and figure out the person really died of AIDS, and his survivors may feel ostracized.

According to the US Centers for Disease Control and Prevention, the US South has the highest rates of AIDS cases among US states.

Like many who spoke at the session Chastang blamed deeply ingrained fear and prejudice regarding gay and lesbian people, a bias he and others who spoke said is reinforced by Black churches. In the South many of these churches turn people away if they are HIV positive, and also reject gay, lesbian and transgender people in general.

"Black churches fell down on this and they can't get up," another audience member said.

While uncertain how much blame lies with such churches, session leader Megan McLemore, JD, LLM, senior researcher for Health and Human Rights at Human Rights Watch, a New York City-based non-profit, had statistics that showed the disparity in AIDS prevention efforts and treatment  in the US South and the rest of the country. The region has the highest percentage of new HIV cases diagnosed annually.

"Addressing HIV in the South is a public health and human rights imperative for federal government and the states," she said.

The lack of HIV treatment and prevention is linked to underfunding of health services and high rates of uninsured, both found in the South, where states have lower taxes and depend solely on the Federal government for care for the poor. .

Of 19 states that refused to expand Medicaid under the Affordable Care Act, 10 were in the South.

"How did it get this way? It's a perfect storm of bad politics and bad policies," McLemore said.

Prejudice has been translated into that lack of funding for Medicaid, and the fact that to get Medicaid in the South, people have to earn about half the Federal Poverty Level, while in some other states they can earn 138% of the FPL.

The hostility towards gay and lesbian people and all people with HIV has made its way into laws and policies, she said..

There is lack of harm reduction strategies, like needle exchange programs.

Schools tend not to teach acceptance of HIV as just another virus, and LGBT people as having an acceptable lifestyle.

Lack of unbiased sex education and basic care has resulted in "some of the worst sexual health outcomes in the nation," McLemore said,

Including high rates of sexually transmitted infections and teen pregnancy.

There are "No Promo Homo" laws in five Southern states that forbid having LGBT discussions with a positive or neutral spin. Homosexuality is a lifestyle not acceptable to the general public, she said.

Several who attended told personal stories, often about clients with HIV who faced fear and rejection and chose not to disclose their infections out of fear of being shunned.

"It's a suffocating culture," said a woman from North Carolina.

While many blamed their churches for being anti-gay, McLemore said the best way to change those Southern attitudes was through schools, educational programs designed to normalize HIV as an illness anyone could get, and change Southern attitudes about homosexuality.

Until then, many agreed, people with HIV who disclose their status will risk losing the support of loved ones and friends. That is not always true, and much less the case in Southern cities, but in the rural South, where the church is the center of community life and everyone knows everything about everybody, candor can spell disaster.

"When people share this, sometimes their families don't speak to them again," an audience member said.


You May Also be Interested in
Most Popular
Parental Therapy Helps Children with Anxiety
COVID-19 Affects Mental Health of Nurses, Frontline Workers More Than Others
Comparing RT-PCR and Chest CT for Diagnosing COVID-19
Limited Supply of Chloroquine, Hydroxychloroquine Could Affect COVID-19 Use
Flu Cases Near 30 Million in the US, CDC Reports