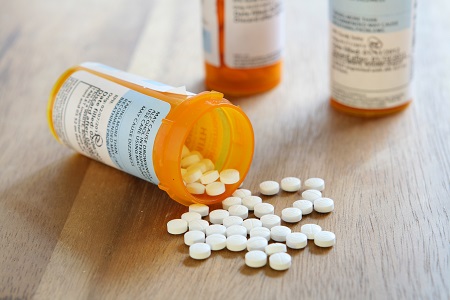 Oxycodone, morphine, hydrocodone, and codeine are among the commonly recognized prescription painkillers. But levorphanol is one that has been around since 1953, yet is often left behind for a newer medication. However, American researchers are explaining why the drug should be considered for opioid rotation.

Levorphanol is indicated to treat moderate to severe pain and its multimodal profile is “unique” from others in its class, as described in a poster presentation at PAINWeek 2016 in Las Vegas, Nevada.

“It has a wide range of ascending and descending pain pathway receptor-mediated pharmacological activities including mu, delta and kappa (kappa 1 and 3) opioid agonism, N-methyl-D-aspartate (NMDA) antagonism and mild reuptake inhibition of both norepinephrine and serotonin,” the authors described. Dubbed as the “Forgotten Opioid,” levorphanol has shown to help some patients with central and neuropathic pain conditions who did not respond well to other opioids. The researchers conducted a literature review consisting of data from the 1940s to now. The main focus was on the safety and effectiveness of levorphanol, as well as its impact on metabolism, pharmacokinetics, and pharmacology.

Levorphanol is around four to eight times more potent than morphine. Recommended dosing for levorphanol is 2 mg three to four times a day in the beginning and side effects are similar to other mu opioids.

Pharmacokinetics studies showed that levorphanol has a longer half-life (11 to 16 hours) and longer duration of analgesia (six to 15 hours) than most others. The readily absorbed, oral drug reaches a steady state in about three days after repeated dosing.

The review reiterated what clinical trials have demonstrated – levorphanol is effective against chronic pain and neuropathic pain. “Its longer half-life compared to many opioids may make levorphanol best suited for chronic pain,” the team said.

The researchers said that the drug is sufficient as a first-line opioid and it can also be put into opioid rotation – in cases such as avoiding drug-drug interactions. In addition, it could replace methadone.

You May Also be Interested in
Most Popular
Overcoming Physician Burnout During the Winter
Top 10 Painkillers in the US
Burnout, Antidepressant Use Tied to AFib Development
Magic Johnson Celebrates Life 25 Years After HIV Diagnosis
Tweet Chat on Doctors Getting Online Scheduled for January 27