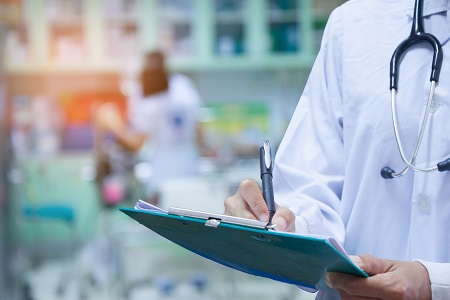 One of the biggest worries attached to painkiller prescriptions, for both physicians and patients, is the potential for misuse and abuse. The US Food and Drug Administration (FDA) created the Guidance for the Assessment of Abuse Potential of drugs for patients who have a history of recreational opioid use. But does the strategy actually work? That’s what researchers set out to uncover in a poster presentation at PAINWeek 2016 in Las Vegas, Nevada.

The Guidance also says that these specific patients must be able to “discriminate the effects of the positive control from the placebo,” which is typically determined with the use of 20mg IV morphine versus saline. Those that qualify are then given the opioid and asked three questions:

Any answers that appear to be positive responses indicate that a risk of abuse. However, these question pose a problem because a patient may say that they like the drug, but it may not be for the euphoric feeling – but for the pain relief it provides. So the team examined the efficacy of these questions as well as modified versions, in order to separate “liking” and desire to “take again.” In the study, the researchers looked at a cohort of 30 adults (22 females; 29 African Americans; average age of 46) who had been prescribed an opioid for 30 to 180 days. Prescriptions included: Lortab (12 patients), Percocet (six patients), hydrocodone (five patients), Vicodin (four patients), oxycodone (two patients), and Dilaudid (one patient). The participants, who were gathered from pain clinics in Atlanta, did not have a history of prescription drug abuse.

One-on-one interviews were conducted with the patients and their responses were shown on the visual analog scale (VAS).

Patients said that they were able to understand the questions better by separating “liking” and “take again.” They also responded positively to the questions indicating “due to pain relief” and “excluding pain relief.” Responses showed that the participants could define “I am feeling high” consistently, using “drunk”, “numb”, “euphoria”, and other descriptions.

“Studies of abuse potential in non-recreational users should use these revised questions or risk contaminating the assessment by confounding pain relief effects with euphoria and other non-therapeutic or hedonic effects,” the authors concluded. “In general, we suggest that researchers carefully examine all instruments designed for abusers when they are applied to pain patients.”

The team is conducting a second set of interviews to confirm these findings.