Not All Doctors Are on Board with New CDC Opioid Guidelines 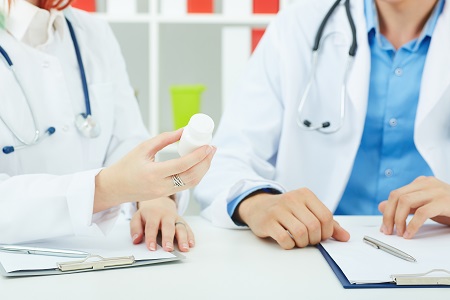 In March 2016, the Centers for Disease Control and Prevention (CDC) published new guidelines for prescribing opioids. And while the aim is to curb the deadly opioid epidemic, some physicians saying that the changes could cause other prescription issues.

Before these guidelines were made public, an invitation-only webinar was hosted in September 2015 to present the updates. Some of the researchers who participated in this analysis were in on the webinar, and are now talking about how the guidelines could have unintended consequences at PAINWeek 2016 in Las Vegas, Nevada. “In particular, we examined these new recommendations, evaluating their relevance for clinicians on the frontlines in making prescribing choices for treating pain,” explained Joseph V. Pergolizzi, MD, of Johns Hopkins University School of Medicine and NEMA Research, Inc. and colleagues. “This was not a formal analysis but rather the insights of pain specialists and others involved in the care of pain patients who were familiar with other guidelines.”

Pergolizzi described concerns attached to some of the 12 new CDC guidelines: “A balance must be sought to ensure access to opioid pain relievers for those who need them, while limiting access to opioids to those who might be at risk for abusing them,” the authors said.