Lidocaine Shouldn't Be Used Only by Dentists to Manage Pain 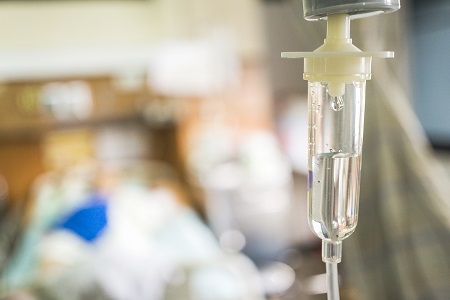 When a patient presents at the emergency room with severe pain, there are various things to take into consideration before deciding on a course of action. But there are new options out there that probably aren’t at the forefront of your thinking, as described by Alexis LaPietra, DO, medical director of pain management in the emergency department at St. Joseph’s Regional Medical Center.

In a session at PAINWeek 2016 in Las Vegas, Nevada, LaPietra talked about a new treatment option for managing pain in the emergency department – intravenous (IV) cardiac lidocaine infusion. Lidocaine is used by dentists pretty much in everyday life. But doctors? Not so much.

“It’s definitely something out of the box” LaPietra said during the presentation. “It’s certainly a new alternative that we have.”

The first study on IV cardiac lidocaine infusion was conducted for end-of-life pain. The treatment resulted in less opioids and improved quality of life; so researchers wanted to see if the same could be found for other patients. A study examined IV lidocaine in patients who had undergone abdominal surgery. In a placebo-controlled trial, the results showed that the patients were able to get out of bed a little sooner with the therapy. In 2015, it was shown that IV lidocaine immediately reduced pain lasting up to 24 hours as well as resulting in less opiates, quicker bowel function, and decrease in hospital stay.

One case, she explained, involved a 57-year-old woman with severe left flank pain and vomiting. She had a history of kidney stones but had not taken any medication prior to her arrival. The standard IV inflammatory drugs didn’t help the patient and at this point, opioids were the next option. An IV of morphine 5 mg wasn’t helping, and with a goal to get her to tolerable pain, the next step was more opioids. Unfortunately, she began vomiting from the medication. So at this point, the patient had been given ketorolac 30 mg IV, ondansetron 4 mg IV (twice), 0.9% NS L bolus, and morphine 10 mg IV. With continuing pain and side effects – now what?

Before we look at the outcomes from that patient, let’s take a look at another. LaPietra talked about another patient – a 28-year-old male with kidney stone pain who also had a history of them. The patient revealed that he had a history of addiction and he was then given acetaminophen 30 mg IV. He explained that during his last kidney stone, he was given morphine and it took him weeks to overcome the craving for heroin. The standard care of renal colic, LaPietra said, is NSAIDs and after that it’s opioids.

This is where the new treatment option comes in.

Each of these patients were given IV lidocaine. The woman had to double check with LaPietra when she got home that she was actually given lidocaine – since it’s something dentists typically use. But nonetheless, she felt much better. The man in the second case said that he didn’t get that warm opioid feeling that he had experienced with morphine.

A study conducted in Iran in 2012 compared lidocaine and morphine, and the adverse events were similar. Perioral numbness and transient dizziness were the most common, but the majority did not experience side effects. “We’ve had no issues with arrhythmias” LaPietra said.

IV lidocaine could be a good option for people with opioid addiction history, but it’s not for everyone. There are some things to take into consideration: Also on MD Magazine >>> More News from PAINWeek 2016 in Las Vegas