Should Women Age 65 and Older Be on Hormone Therapy? 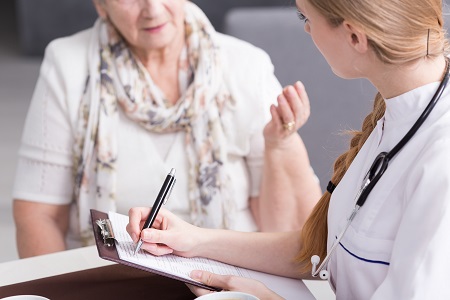 Using hormone therapy in women ages 65 and older remains controversial. There is limited data in this population, but some research says that women shouldn’t be starting the therapy after the age of 60. However, hormone therapies offer bone protection, which opens the door discussion on usage.

The North American Menopause Society (NAMS) presented a 2016 statement on hormone therapy: “Prevention of bone loss and fracture may be an indication for extended duration in selected women after appropriate counseling about risks and benefits, recognizing rapid bone loss is seen upon discontinuation.”

But is it ever appropriate to use hormone therapy in older women? A new study featured at the NAMS 27th Annual Meeting (NAMS 2016) in Orlando, Florida set out to gain more insight on the issue. Andrew M. Kauntiz, MD, FACOG, NCMP, professor at the University of Florida Research Foundation and associate chairman in the Department of Obstetrics and Gynecology at the University of Florida College of Medicine, spoke on personal experiences as well as evidence already out there.

>>> Medicine moves at breakneck speed. Get ahead with the MD Mag Newsletter.

One case Kauntiz presented involved an 80-year-old woman presented for menopausal management. She was in general good health with a body mass index (BMI) of 21 and had a hysterectomy 15 years earlier for benign indications. The patient took oral estradiol 0.5 mg in recent years, but she hadn’t been feeling well on it so her gynecologists discontinued the prescription without discussing other treatment options. Her frequent, bothersome vasomotor symptoms persisted off of the medication.

So where do you go from here?

Kauntiz showed an insurance company notice which read: “Your patient is at least 65 years old and has evidence for either an oral or transdermal estrogen containing preparation. These estrogen containing preparations should be avoided in older women due to the risk of thrombosis and cancer. If your patient fits this clinical profile, and if not already done, consider reassessment of risks/benefits of continuing estrogen.”

On the other hand, the American College of Obstetricians and Gynecologists (ACOG) says: “Because some women aged 65 years and older may continue to need systemic hormone therapy for the management of vasomotor symptoms, the ACOG recommends against routine discontinuation of systemic estrogen at age 65 years. As with younger women, use of hormone therapy and estrogen therapy should be individualized based on each woman’s risk-benefit ration and clinical presentation.”

NAMS’ stance is that age shouldn’t dictate whether or not a woman receives hormone therapy; individual evaluation of risks and benefits should be discussed with each patient. Kauntiz noted that when insurance companies deny reimbursement for hormone therapy for women 65 years and older, many doctors will include the NAMS position on the matter to make a case.

If you’re wondering what ended up happening to the 80-year-old woman described earlier, she was counselled on non-hormonal treatments, oral estrogen therapy, and transdermal therapy. She started an estradiol 0.0375 mg patch and reported that her symptoms still weren’t gone six weeks later. However, she switched to a 0.05 mg patch and is “doing well.”

You May Also be Interested in
Most Popular
The Fear of the Coronavirus, and the Reality of the Flu
Top 10 Painkillers in the US
European Trial to Investigate Exocrine Pancreatic Insufficiency in Patients with Type 2 Diabetes Mellitus
Plant-Based Diet Linked to Improved Gut Microbiome, Cardiovascular Health
Machine Learning Model Could Predict Outcomes Following Cardiac Arrest