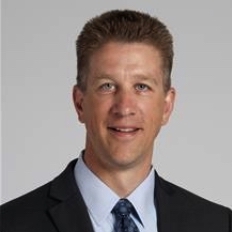 “These MRI results, together with the clinical outcomes of the study, support the overall beneficial effect of siponimod in patients with SPMS,” Robert Fox (pictured), MD, from the Mellen Centre for Treatment and Research in Multiple Sclerosis at Cleveland Clinic’s Neurological Institute. “[Additionally,] positive  effects on brain volume loss and disability progression support the potential neuroprotective effects of siponimod.”

Data was given in a full analysis set (FAS), consisting of all patients and all available data regardless of early discontinuation, as well as a per-protocol set (PPS) which included all FAS patients lacking major deviations from protocol and consisted of all data up to the point of discontinuation.

An event- and exposure-driven study, EXPAND enrolled 1651 patients around the world, randomizing them to either once daily siponimod 2 mg (n=1105) or placebo (n=546). Patients with confirmed disability progression (CDP) were given the option to switch to open-label siponimod or other disease-modifying therapies while remaining in the core portion of the study.

“Siponimod slowed brain volume loss in patients with SPMS as early as month 12 with the effects sustained to month 24,” Fox said. “The treatment benefits in favor of siponimod were observed for all key outcomes and analysis sets investigated.”