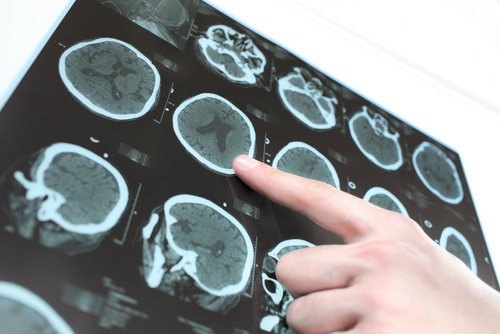 Insights on the management of the motor complications from the use of levodopa for Parkinson’s disease (PD) were shared by Jean-Christophe Corvol, MD, PhD, assistant professor of neuropharmacology and head of the Neurosciences Clinical Research Center at Pitié-Salpêtrière Hospital, Paris, France, during a therapeutic plenary session at the 21st International Congress of Parkinson’s Disease and Movement Disorders in Vancouver, British Columbia, Canada, on June 4, 2017.

Corvol began by briefly covering the spectrum of levodopa-induced motor complications that frequently affect PD patients. Risk factors for these complications include young age, being young at PD onset, and having received a high cumulative dose of levodopa.

These complications are primarily due to levodopa’s pharmacokinetics. According to Corvol, levodopa’s half-life is about 30 minutes. This means that 2 hours after being taken, levodopa disappears from the blood. “The challenge is to try to keep the patient in the optimal zone by modifying either the dose itself or the interval between doses,” he said.

MANAGING EARLY SYMPTOMS
Strategies for managing levodopa’s motor complications early in the course of PD include adding drugs that act as dopamine agonists. Corvol said that when considered as a group, these drugs can improve the time spent “off” control of motor complications by 1.5 hours. He added that monoamine oxidase (MAO) inhibitors or catechol-O-methyltransferase (COMT) inhibitors like tolcapone (Tasmar) or entacapone (Comtan) can improve this time by 1 hour.

However, he continued, tolcapone may cause hepatitis as well as diarrhea, MAO-B inhibitors may cause serotonin syndrome, and all dopamine agonists may cause somnolence and leg edema. These drugs may also increase the risk or severity of dyskinesia or cause hallucinations, delusions, or confusion, Corvol noted.

Moreover, none of these drugs is approved for the treatment of PD dyskinesia in the US. Currently, the antiviral agent amantadine (Symmetrel), which has weak activity against PD, is the only drug so approved. A new formulation of amantadine is currently being evaluated in two Phase 2 studies, Corvol said. However, he added, like dopamine agonists, amantadine may cause hallucinations and delusions.

Corvol also mentioned several newly approved agents as well as drugs in late-stage development. One such drug is Rytary, a novel extended-release form of oral levodopa/carbidopa approved by the US Food and Drug Administration for PD and parkinsonism. In Phase 2 and 3 trials, this agent decreased the time spent “off” by 1 hour.

Other approaches to “off” periods include the inhaled form of levodopa (CVT-301) developed by Acorda and NeuroDerm’s liquid levodopa/carbidopa delivered subcutaneously through a belt pump.

MANAGING MORE SEVERE SYMPTOMS
According to Corvol, more severe symptoms typically require a different approach. Combinations of agents may be used. Other options include apomorphine injected with a pen or delivered by a pump. And intrajejunally pumped levodopa decreased “off” time by 2 hours in a 12-week study in 71 patients with advanced PD. Deep brain stimulation is another device option.

Corvol added that functional surgery not only reduces “off” time but was found to increases quality of life more than the best available medical therapy. He cited results of a meta-analysis of such surgery, which found an increase of about 3 hours in the “on” state without troublesome dyskinesia (P = 0.001).

To help practitioners decide which of the many available options to select, Corvol recommended considering the patient’s non-motor symptoms, which could drive the treatment decision in a specific direction. For instance, according to study presented at the congress, safinamide helped to control pain as well as motor complications in PD patients, so it may be particularly useful for those with both types of symptoms.

You May Also be Interested in
Most Popular
The Fear of the Coronavirus, and the Reality of the Flu
Opinion: Fellow Physicians, Please Stop Devaluing Your Medical License
Federal Funding in Pain Research Falls, But Project Pipeline Grows
Data Support Long-Term Efficacy for Opioid Therapy for Chronic Non-Cancer Pain
What Should I Do With This Abnormal ALT?