Subcutaneous Infusion of Levodopa, Carbidopa Effective Against Parkinson's "Off" Time 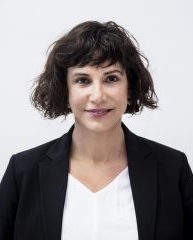 As Parkinson’s disease progresses, the effects of oral levodopa (LD) plus carbidopa (CD) wear off more quickly than they did during its earlier stages, so oral drugs are less able to control motor symptoms.

As a result, patients need to receive drugs in ways that provide more stable levels of medication in the blood. Such methods include intra-intestinal infusion and subcutaneous (SC) administration, which avoids the risks that accompany surgical placement of an abdominal infusion line.

A research team recently evaluated continuous SC delivery of the investigational agent ND0612H in a 28-day study of 38 subjects with fluctuating PD. In the study — designated Trial 006 — a patient-controlled pump attached to a waist belt delivered the agent, a proprietary liquid formulation of LD, 60 mg/mL, with CD, 7.5 mg/mL. The mean age of the subjects in the study was 63.5 years, and their mean duration of PD was 11.5 years.

“This treatment will come after oral medications but earlier than more invasive procedures,” Oren said. “It will help the more advanced patient who is not ready for surgery mentally or for other reasons.”

In fluctuating PD, more advanced neurodegeneration results in greater “off” time — periods when LD wears off and motor symptoms such as stiffness re-emerge. In contrast, during “on” time, these symptoms decrease, so patients are more mobile and better able to engage in daily activities.

In the study, half the subjects received the agent for 24 hours daily, and half received it for 14 hours daily. This division of the study group enabled the investigators to compare the effects of “around the clock” SC delivery with those of SC delivery during the waking day only.

A blinded rater assessed “off” time for the 8 hours daily that subjects spent time in the clinic during the study. This “off” time was then used to estimate the amount of “off” time that could be expected in a 24-hour day with 16 hours of wakefulness, and this value was compared with the baseline value.

Using these procedures, the investigators showed that the 24-hour per day regimen reduced “off” time, the primary study endpoint, by 36%, or by a mean of 2.8 hours daily from baseline to study end. The group’s mean daily time “off” was initially 5.6 hours (P = 0.004).

In the 24-hour per day regimen group, the study also met its key secondary endpoint: reduction in morning akinesia, or inability to engage in voluntary movement. The investigators defined this reduction as the ability to achieve a full “on” at 8 a.m. or at 9 a.m. By the study’s end, half achieved this goal at 8 a.m., versus 11% at baseline (P = 0.02), and three-quarters achieved this goal by 9 a.m., versus 32% at baseline (P = 0.007).

The investigational agent also met another secondary endpoint in the 24-hour per day regimen group: improved motor function reflected in a reduction in Unified Parkinson’s Disease Rating Scale Part III scores. This reduction was most notable (46%) in the early morning (8 a.m.), but was also 31% at noon and 23% at 4 p.m.

During the study, subjects used supplemental oral LD as needed. However, by study end, subjects needed only one-third of the oral LD doses required at the beginning of the study: Mean frequency of oral LD daily dosing decreased from 6.9 to 2.3. Mean oral LD doses decreased similarly, from 1,100 mg at baseline to 330 mg by study end.

Six serious adverse events were reported in 4 subjects (11%). One had an SC abscess and orthostatic hypotension, and in another, symptoms of PD worsened. Panniculitis was suspected but eventually ruled out in a third, and a fourth fell and fractured his nose.

These findings led the team to conclude that SC delivery of ND0612H can provide substantial benefits for patients with advanced PD while avoiding the surgical risks of currently available therapies.

NeuroDerm plans simultaneously to seek approval to market the drug from the European Medicines Agency and the US Food and Drug Administration, study co-author Tamar Rachmilewitz Minei, MD, said.