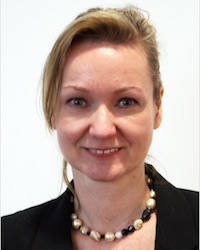 Apomorphine (APO), a non-selective dopamine agonist, is a well-established treatment for Parkinson’s disease (PD) patients with severe motor fluctuations whose symptoms are poorly controlled by oral therapy. This morphine derivative does not contain morphine or its skeleton or bind to opioid receptors, and has been used parenterally as an emetic to induce vomiting.

Clinicians first appreciated the utility of APO injections in relieving the motor symptoms of PD in 1951. Moreover, the use of APO for advanced PD evolved after clinicians learned that domperidone (Motilium/Janssen) could overcome the nausea sometimes associated with initiating its use.

Since the late 1980s, open-label clinical trials have shown the effectiveness of APO injection and infusion in reducing “off” time, or periods when levodopa (LD) stops working and patients have motor symptoms such as stiffness, slow movement, or difficulty in getting around. These trials also showed that APO can reduce dyskinesias, or involuntary movements, as well as the dose of oral LD needed to control motor symptoms.

Furthermore, randomized trials have shown that APO injections provide quick and significant relief from “off” periods, including early-morning ones. But although clinicians in Europe have used subcutaneous (SC) APO infusion therapy for more than 25 years to treat patients with multiple or hard-to-treat “off” periods, no randomized, blinded trial had been done to confirm its efficacy until the completion of TOLEDO.

“This is administered by using a small portable pump," Regina Katzenschlager, MD, (pictured), guest professor at the Medical University of Vienna in Vienna, Austria, said. "The patients usually wear it around the waist during the waking day. It uses a very thin needle that administers the drug into the subcutaneous fatty tissue immediately.”

Katzenschlager presented the results of the TOLEDO study during a poster session at the 21st International Congress of Parkinson’s Disease and Movement Disorders in Vancouver, BC.

TOLEDO enrolled 107 patients at 23 specialized PD treatment centers in 7 Western European countries between March 10, 2014, and March 14, 2016. The investigators then randomly assigned 53 patients to receive a SC infusion of APO, 5 mg/mL, during their waking hours (range, 14–18 hr) at a rate of up to 8 mg/hour for 12 weeks. Another 54 were randomly assigned to receive a placebo saline infusion given by the same infusion pump system that delivered the active agent for 12 weeks.

All patients were pre-treated with an antiemetic before infusion. During the first 4 weeks of the study, for each patient, the investigators adjusted doses of the study drug and of oral medication given for PD based on their efficacy and tolerability in that patient.

TOLEDO’s primary endpoint was the absolute change in “off” time from baseline to week 12 derived from patients’ symptom diaries. Based on this data, the European team found that, from baseline to week 12, the APO SC infusion reduced “off” time by 2.5 hours compared with 0.6 hours for placebo. This difference of nearly 2 hours in favor of the APO SC infusion was statistically significant at the P = 0.0025 level. The investigators noted reductions in “off” time as soon as the first week of the study, and these reductions continued throughout the 12-week study.

“This finally provides evidence that administering apomorphine continuously throughout the waking day leads to marked and clinically relevant reduction in ‘off’ time in those patients with PD who have already tried everything in terms of oral or transdermal medication but still suffer from refractory ‘off’ periods,” Katzenschlager said.

“And it wasn’t achieved at the expense of worsening dyskinesia,” Katzenschlager said, referencing a common side effect of treatment with levodopa and dopamine agonists. “On the contrary, ‘on’ time without troublesome dyskinesia also showed a treatment difference of around 2 hours.” Troublesome dyskinesia is a neurologic term for uncontrollable movements that interfere with daily activities.

Furthermore, because it delivers APO subcutaneously, the APO infusion system studied in TOLEDO avoids the surgical risks posed by LD infusion, which requires surgical placement of a tube into the abdomen.

The TOLEDO team concluded that their findings “provide the first Level 1 evidence from a multicenter, double-blind, randomized, placebo-controlled trial to confirm that [SC] APO significantly and consistently reduces OFF time in this patient group while significantly increasing ON time without troublesome dyskinesia.”

They also concluded that the 2-hour differences in “off” time as well as in “on” time between the active treatment group and the placebo group are comparable to those seen in a randomized study of intestinal LD gel infusion (Duopa in the US, Duodopa in Europe) in fluctuating PD. They added that the former effect is approximately double the change in “off” time considered clinically meaningful to patients.

Patients gave the APO SC infusion significantly better scores on the Patient Global Impression of Change assessment than they did placebo (3.2 vs. 4.4, respectively; P < 0.0001). They also generally tolerated APO treatment well, and no unexpected problems were reported.

The incidence of adverse events (AEs) was higher in the APO group (93%) than in the placebo group (57%), and 6 patients had AEs that led to study withdrawal. These AEs included moderate gait disturbance, severe hypotension, and visual hallucination. However, the most common AEs (noted in at least 10% of patients) were nausea or somnolence (in 22% for both) and infusion site reactions such as erythema (in 17%) and skin nodules (in 44%).

Although clinicians have well recognized that skin nodules may complicate SC APO infusion, “With the newer systems, there have not been many severe skin problems in recent years at all,” noted Katzenschlager, who is also head of the Department of Neurology and Karl Landsteiner Institute for Neuroimmunological and Neurodegenerative Disorders at Danube Hospital in Vienna, Austria. “Most lesions were mild or moderate with one exception that resolved."

She also noted that desensitization to APO delivered by this system does not develop despite SC delivery of APO throughout patients’ waking hours.

The TOLEDO study results are not published yet, Katzenschlager said.

"We’re still analyzing some of the data," Katzenschlager said. "The trial is completed. What’s ongoing is the open-label phase.”

She added that, although the therapy is not currently available in the United States, “there is now hope that this treatment will also become available to US patients with advanced PD.”

According to study co-author Andrew Lees, FMedSci, FRCP, of The National Hospital in London, UK, the lack of a randomized, controlled trial of the therapy has delayed its introduction into clinical practice in the Americas. However, upon final publication of its results, the TOLEDO trial should meet this lack.

You May Also be Interested in
Most Popular
The Fear of the Coronavirus, and the Reality of the Flu
Partnering with Patients: Effective, Patient-Centered Care for Chronic Pain
ACR Releases First Guidelines for Reproductive Health in Rheumatic Diseases
Young Mothers Face More Mental Health Hurdles
Discussing Healthful Eating and Weight with Obese Adolescents