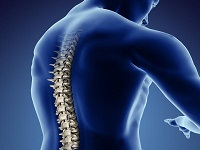 A new study has shown spinal cord stimulation (SCS) could be an answer to levodopa-resistant motor symptoms in Parkinson’s disease (PD).

The study, presented Monday, June 5, at the 21st International Congress of Parkinson’s Disease and Movement Disorders in Vancouver, BC, showed mid-thoracic SCS’s efficacy as a therapeutic treatment for particular PD motor symptoms.

Researchers from the London Health Sciences Centre in London, ON, Canada, evaluated five advanced PD male patients who underwent the procedure. All five patients were ineligible for deep brain stimulation (DBS), which along with dopaminergic therapy is considered a common treatment for motor symptoms in PD.

The patients also all suffered from gait disturbances, freezing of gait (FOG), and postural instability.

Prior to procedure, patients were being treated with levodopa and reported an average of 16 FOG episodes. At 6 months, the average dropped to 0 average episodes per patient.

The study found SCS to be proven for safety and efficacy in treating FOG and improving gait for advanced PD patients.

Nir Giladi, professor of neurology and director of the Department of Neurology and Neuroscience at Tel Aviv University, and chairman of the Neurology Institute at Tel Aviv Medical Center, called the study an interesting initial discovery with “potential long term implications.”

Symptoms like FOG are disabling to PD patients, Giladi noted, often causing falls and negatively impacting their quality of life.

“The suggestion that SCS might alleviate FOG and improve walking is giving hope to many patients who are not eligible for DBS and are no longer improving with medication,” Giladi said. “Further studies are needed to demonstrate the superiority of SCS on placebo effect.”