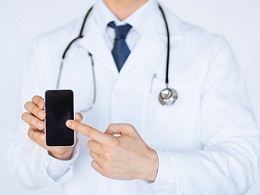 Sensor data from smartphones have been found to be capable of providing once inaccessible insides into the daily behavior and motor functioning of Parkinson’s disease (PD) patients, according to a study presented Tuesday, June 5 at the 21st International Congress of Parkinson’s Disease and Movement Disorders in Vancouver, BC.

The possibility of smartphone-based assessments and sensors that could enable remote, passive monitoring of gait and mobility in early stages of PD was investigated by a team of researchers based in Basel, Switzerland.

A clinical trial studied 44 PD patients carrying smart phones on their person for 24 weeks in a home-based setting. The phones, being carried in patients’ pockets or waist packs throughout the day, measured continuous movement and location.

The trial managed to compile over 25,000 hours of passive monitoring data, and the measured mobility patterns correlated with disease severity, as measured by clinical gold standards.

Alberto Espay, associate professor of Neurology at the University of Cincinnati, said that if even the preliminary evidence only suggests that smartphones could be an untapped source of additional PD patient mobility data, the presented abstract is of interest.

“This is also important because of what is referred to as the ecologically valid setting in which the data are collected, outside of a clinic or movement laboratory.” Espay said.

Espay expressed caution for passive data collection, noting algorithms used for collection will need to be able to distinguish different types of movement — such as deliberate movement, peak-dose dyskinesia, or diphasic dyskinesia for movement disorder patients.

The algorithms will also have to distinguish different types of rest, from acts as simple as sitting and reading, to sleeping, Espay said.

You May Also be Interested in
Most Popular
The Fear of the Coronavirus, and the Reality of the Flu
Federal Funding in Pain Research Falls, But Project Pipeline Grows
Opinion: Fellow Physicians, Please Stop Devaluing Your Medical License
Data Support Long-Term Efficacy for Opioid Therapy for Chronic Non-Cancer Pain
Top 10 Painkillers in the US