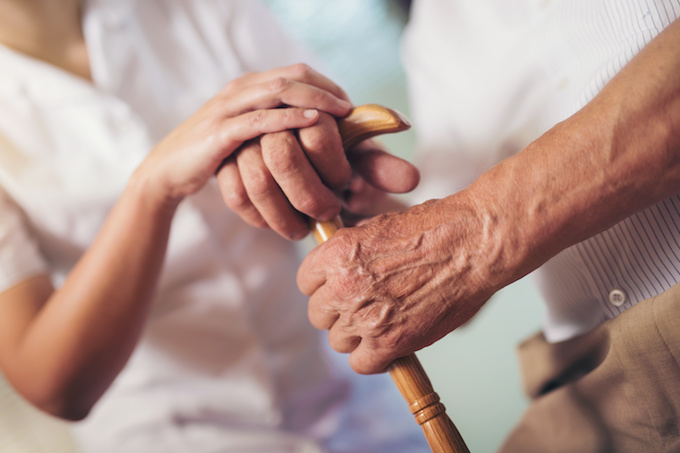 Many patients with Parkinson’s disease (PD) experience motor symptoms such as rigidity and tremor and non-motor symptoms such as pain and depression. Safinamide (Xadago), a third-generation monoamine-oxidase B inhibitor, has a dual mechanism of action that appears to address both categories of PD symptoms simultaneously by enhancing dopaminergic transmission while blocking sodium channels to control the abnormal release of glutamate.

To investigate these dual effects, an Italian team recently analyzed data from 3 clinical trials of safinamide, 100 mg daily, given as an adjunct to stable doses of levodopa either alone or with other drugs for fluctuating PD. Two of the trials, Study 016 and the SETTLE trial, were 6-month, double-blind, placebo-controlled trials, and the third trial was the 18-month extension of the first trial. The team combined data from Study 016 and SETTLE to analyze the effect of safinamide on motor fluctuations and pain and used Study 018 data to analyze its effects on dyskinesia. For each separate subanalysis, the study populations included nearly 500 each in the safinamide group and in the placebo group.

With regard to motor fluctuations, safinamide increased mean “on” time and decreased mean “off” time to a statistically significant degree (P <0.001 for both for the pooled intention-to-treat population).

In addition, in those whose dose of dopaminergics did not change during the studies, safinamide improved Unified Parkinson’s Disease Rating Scale scores for activities of daily living (P < 0.01) and motor function (P <0.001). Moreover, proportionally more patients in the safinamide group had an improvement in the Dyskinesia Rating Scale (DRS) score than in the placebo group. In contrast, the proportion of patients in the placebo group with a worsening in DRS scale score increased. These findings suggest that the benefits of safinamide did not depend on changes in the dose of levodopa given during the studies.

Regarding pain, after 6 months of treatment, more patients in the safinamide group (76%) than in the placebo group (70%) were not using pain treatments in addition to their other medications (P < 0.05). And the safinamide group had statistically significantly less neuropathic pain — cramps, spasms, and unpleasantly hot or cold sensations — than the placebo group, although the team found no difference between groups in general body aches and pains.

As Cattaneo summarized it, “Patients feel better after taking safinamide.” He attributed patients’ improved quality of life to the drug’s ability to modulate a hyperactive glutamatergic system.

Cattaneo stressed that safinamide has been evaluated as an adjunct to other drugs and has no indication as PD monotherapy. However, safinamide is a particularly versatile element in combination therapy because it can be added to almost any PD drug except another MAO inhibitor.