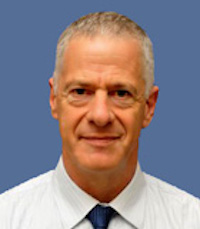 Nir Giladi (pictured), MD, has had about 3 decades' worth of experience in Parkinson's disease treatment. The professor of neurology and director of the Department of Neurology and Neuroscience at Tel Aviv University, and chairman of the Neurology Institute at Tel Aviv Medical Center, has seen firsthand the treatment and understanding of the neurological condition both progress and refine over the years.

While attending the 21st International Congress of Parkinson's Disease and Movement Disorders in Vancouver, BC, Giladi shared his thoughts on pharmacological treatment, the tweaking of levodopa treatment regimen, Parkinson's diagnosis, and the "deserved comprehensive care."

What is the current state of Parkinson's disease pharmacological treatment?

Basically, we are treating multiple symptoms. We don’t have any disease modifying drugs, so we’re combining drugs that are decreasing the dopamine metabolism in the brain, the monoamine oxidase inhibitors (MAOI), we’re using dopamine agonists for treating the receptors themselves, and levodopa. These are all in the area of trying to treat the motor symptoms.

However, Parkinson’s is much more than motor. We believe the non-motor aspects of the disease are as important — sometimes even more. We treat the depression, we treat cognitive changes, we treat urinary problems, constipation, pain. At the end of the day, it’s a motor pharmacy based on the type of symptoms that we’re trying to alleviate.

So you look for comprehensive treatment?

Parkinson’s is beyond the brain. It’s affecting the nervous system, and mainly the autonomic nervous system throughout the body, so high blood pressure and sweating are heavily involved, sometimes even before the motor symptoms.

Regarding invasive therapies — what role do they currently play in Parkinson’s and movement disorders? Could that role advance with new treatment?

We have a relatively simple treatment for early stages, and as the disease progresses we are using more complicated tools like subcutaneous infusions, inhalations, as well as invasive surgeries to implement deep brain stimulation (DBS) electrodes to the brain. These are all mainly aimed for advanced patients, which is about one-quarter, one-third of all patients. It’s not an early stage toolset.

How prevalent is levodopa unresponsiveness in patients?

In general terms, all Parkinson’s patients respond to levodopa. They respond beautifully sometimes to a small dose, once-a-day treatment in the early stages. As it progresses, they need more levodopa in frequent doses. But even in the most advanced stages, when you take the patient off levodopa, and wait a week or 2, they get much worse. This is just my belief, but throughout the course of the disease, Parkinson’s patients respond to levodopa at motor aspects. However levodopa has some negative effects. It can have negative effect on cognition, it can have a negative effect on blood pressure, and it can cause all kinds of side effects — involuntary movements, symptoms like addiction. It’s a complicated drug but it definitely helps patients in the motor aspects.

Is there any method doctors should go about treating these adverse effects?

The general concept most of us are trying to follow is to not push the levodopa too high. Back 20-30 years ago, patients used to get very high dosage of levodopa to alleviate completely motor symptoms, then after a few years, severe complications would appear. These days, most physicians are giving a low dose of levodopa, do not start it early, try to keep it low, prescribe additional medications for the other symptoms. I think, being around for over 25 years, we are doing a better job. There’s less side effects, less complications, and patients are functioning better.

An point emphasized in early lectures has been that the best route for movement disorder treatment is to first make the right diagnosis. Is there any need for advancement in diagnoses?

In most cases, Parkinson’s disease can be diagnosed by an experienced neurologist. In the early stages, there is some uncertainty about type of Parkinson’s. It might take a year or 2, sometimes up to 3, to get a definite diagnose of it being Parkinson’s disease or Parkinson’s plus syndromes (PPS). In relatively few patients, when there’s a significant uncertainty, one could use imaging. It helps, especially in the very early stages. But I’m not sure how much we have to rely on the imaging, because if we have a typical clinical syndrome and nominal imaging, we still treat the syndrome from a clinical aspect. Altogether, I think imaging is helpful in the early stages in unusual cases, but most cases can be diagnosed by a neurologist.

Is there anything new in the field to be discussed this week that catches your eye?

We have some major changes in the way we treat Parkinson’s. We’ve realized, and we should promote more aggressively, the role of exercise in the treatment of Parkinson’s disease. It does make a difference if the patient is exercise or not. If they exercise the disease is more responsive to medication with less side effects. This is a real, significant understanding we have to implement.

We also believe that treating patients with Parkinson’s is not a job of even the best neurologist. One has to work in a team of professionals, with social workers, nurses, physical therapists, speech and language therapists. All of these are important to cover the whole spectrum of symptoms and the difficulties that patients and families of Parkinson’s are facing. This is something that has to be implemented in a better way. Still, most patients and families of Parkinson’s are treated by a neurologist only, and as a result, are not getting the deserved comprehensive care.

You May Also be Interested in
Most Popular
The Fear of the Coronavirus, and the Reality of the Flu
Partnering with Patients: Effective, Patient-Centered Care for Chronic Pain
ACR Releases First Guidelines for Reproductive Health in Rheumatic Diseases
Discussing Healthful Eating and Weight with Obese Adolescents
Young Mothers Face More Mental Health Hurdles