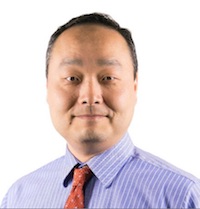 A trial of inhaled levodopa for breakthrough motor symptoms in Parkinson’s disease (PD) patients taking oral levodopa met its primary efficacy endpoint — improvement in motor symptoms 30 minutes after inhalation — according to a poster presentation given at the 21st International Congress of Parkinson’s Disease and Movement Disorders in Vancouver, BC.

According to Charles Oh, MD, MBA, vice president of clinical therapeutics at Acorda Therapeutics, the drug’s sponsor, 12 weeks of an 84-mg inhaled dose of CVT-301 — an investigational form of levodopa — as rescue therapy during “off” periods as many as 5 times daily improved motor function.

The discovery was indicated by change of in-office scores on the Unified PD Rating Scale Part III, to a statistically significant and clinically meaningful degree compared to placebo (−9.8 vs. −5.9, respectively; P < 0.01).

More than one-third of all Parkinson’s disease (PD) patients in the US who take oral levodopa experience “off” periods during which motor symptoms reemerge when oral medication wears off. These periods become more frequent as the disease progresses.

For example, in SPAN-PD, which was completed by 290 subjects, mean duration of PD was 8.3 years, patients took levodopa for a mean of 6.7 years, and they had an average of 3.5 “off” periods daily and a mean total daily “off” time of 5.5 hours. In addition to taking a stable dose of oral levodopa, patients also had to be taking a stable dose of an oral dopa decarboxylase inhibitor (carbidopa or benserazide) to be eligible to participate in SPAN-PD.

“Right now the way ‘off’ periods are treated, it ranges from an hour to maybe several hours before they’re able to resolve their symptoms,” Oh said. “This offers them an alternative route of delivery that bypasses the GI tract. In doing so, you can deliver a much faster response much more consistently. So you’re not waiting from one to several hours for the effect to kick in.”

In addition to the primary endpoint, inhaled levodopa also met several secondary efficacy endpoints by the end of the SPAN-PD study, including the percentage of patients who changed from off to on and remained on 60 minutes after inhaling CVT-301, and the percentage who reported improvement in self-assessment scores on the Patient Global Impression of Change (PGIC) scale.

Regarding safety and tolerability, the most commonly reported treatment-emergent adverse events reported at a rate of at least 4% that were more frequent in the group taking 84-mg doses of CVT-301 than in those taking placebo were cough, upper respiratory tract infection, nausea, sputum discoloration, dyskinesia, falling, and throat irritation.

Although the cough was mild in most cases, 2 patients in the 84-mg group and one in the 60-mg group dropped out of the study because of cough. Previous studies found that cough occurred during inhalation, rapidly resolved, and became less frequent after the initial treatment.

Moreover, in the SPAN-PD trial, one death by suicide occurred in the 60-mg CVT-301 group but was not considered related to the study drug.

Pulmonary side effects prompted the addition of a black box warning to the prescribing information for inhaled insulin, but in this study, researchers didn’t see “anything similar to what was seen in that product,” Oh said.

Oh also cited results of a 52-week, open-label safety study, which found no differences in spirometry parameters commonly used as indicators of an agent's pulmonary effects or in carbon monoxide diffusing capacity data between the treated group and the placebo group.