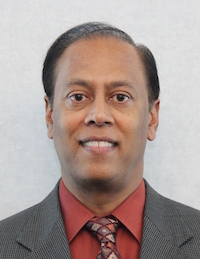 Results of a Phase 2, open-label, dose-escalating trial of new botulinum neurotoxin (BoNT) RT002 indicate that this novel neuromodulator could control the symptoms of moderate to severe isolated cervical dystonia — sometimes referred to as spasmodic torticollis — with 2 shots or fewer per year in many adult patients.

In contrast with RT002, currently available BoNT formulations require quarterly injections to control cervical dystonia. “People don’t like injections and the cost. So in every way, from a patient standpoint, there are a lot of advantages” to the new agent, Patel said.

RT002, or daxibotulinumtoxin A, consists of a large (150-kDA) BoNT-A molecule coupled with a proprietary peptide developed by Revance Therapeutics, a Silicon Valley biotechnology firm. This formulation was designed to extend the neuromodulator’s duration of the effect.

Moreover, the agent does not contain animal-derived protein, which may provoke an immune reaction in some patients. It also does not contain human serum albumin, which minimizes its chances of contamination with pathogenic viruses or prions.

Patel and his team analyzed the effect of RT002 in 2 dose groups that together included 37 patients. Group A received a dose of 100–240 U, and Group B received a dose of 300–500 U. The team found that the median duration of effect was more than 24 weeks for both groups. They defined duration of effect as the number of weeks subjects maintained at least 20% of the treatment benefit achieved at Week 4 in terms of total score on the Toronto Western Spasmodic Torticollis Rating Scale (TWSTRS), an instrument for assessing signs and symptoms of cervical dystonia.

These results prompted the team to do an extension study with a 36-week endpoint. That study is currently in progress and has enrolled 3 patients so far.

Because cervical dystonia causes considerable discomfort and disability, traveling to the clinic every 3 months for injections to control the condition is particularly burdensome for these patients. Therefore, the finding that RT002’s effect lasts at least 6 months is especially good news.

“RT002 holds tremendous promise to provide cervical dystonia patients a significant and longer-lasting improvement of their symptoms,” Cynthia Comella, MD, the trial’s principal investigator and a professor in the Department of Neurological Sciences at Rush University Medical Center in Chicago, said.

In addition to the 6-month duration of effect, both dose groups had a nearly 40% reduction in TWSTRS-Total score from baseline at Week 4 and maintained most of this benefit for 24 weeks. Benefits peaked at Week 6 with a 50% mean reduction from baseline in signs and symptoms of cervical dystonia, and reductions from baseline of 30% or more in these signs and symptoms persisted through Week 24. The researchers also noted clinically meaningful, consistent reductions at all time points in all 3 subscales of TWSTRS, including those for severity, disability, and pain.

Moreover, by Week 4, nearly all patients (97%) experienced improvement, as indicated by their doctor’s assessment of their condition on the Clinician Global Impression of Change scale. And patients themselves noted substantial improvement in their quality of life in terms of their Cervical Dystonia Impact Profile score. This improvement was noted at Week 6 and persisted at Week 24.

Regarding safety and tolerability, the team noted no increase in treatment-emergent adverse events during dose escalation. All such events were mild or moderate except for one case of severe neck pain, which occurred on Day 10 and persisted for 2 days.

Treatment-related adverse events included dysphagia (14%) and local muscle weakness (5%), but their incidence was similar to or less than that reported in previous studies of BoNT A. Two or more cases of muscle tightness and of erythema, bruising, or pain at the injection site were also reported, but no serious adverse events occurred.

Based on these results, Revance plans to discuss next steps in the approval process with US and EU regulatory agencies later in 2017.