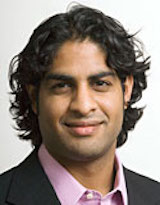 A monoclonal antibody able to recognize human eTau has been found to significantly suppress cerebrospinal fluid (CSF) free eTau concentrations in progressive supranuclear palsy (PSP), according to a study.

The study, released Wednesday, June 7 at the 21st International Congress of Parkinson’s Disease and Movement Disorders in Vancouver, BC, focused on antibody BMS-986168 as an intravenous (IV) treatment.

Lead by Irfan Qureshi (pictured), MD, assistant professor in the Department of Neurology and Saul R. Korey Department of Neurology at the Albert Einstein College of Medicine, and a team of US-based researchers, the randomized, double-blind, placebo-controlled study observed the efficacy and safety of BMS-986168 in 48 PSP patients over a period of 12 weeks.

Researchers collected safety assessments, as well as serum and CSF samples, over the 12 weeks. They also evaluated pharmacokinetic (PK) parameters, pharmacodynamic (PD) measures, and corresponding change and percent change from baseline. The PSP Rating Scale and Schawb and England Activities of Daily Living Scale were also used as clinical metrics.

Werner Poewe, Department of Neurology Chairman at the Medical University Innsbruck said the report is about the first clinical trials in PSP patients using a humanized monoclonal antibody against extracellular tau.

Poewe said an immunotherapy targeting proteins central to parkinsonian disorders such as PSP is a “most promising approach to achieve disease modification.”

"Specifically, immunotherapies directed against the tau protein, which plays a key role in PSP, have shown promising results in transgenic mouse models of this disorder in terms of reducing tau concentrations and neuronal pathology,” Poewe said.

All trial doses up to 2100 mg were reportedly safe and well-tolerated in patients. Percentages of patients to experience adverse effects (AEs) during the trial were similar in both BMS-968168 and placebo treatment groups, at about 75% each. However, most reported AEs were mild, and none resulted in death or discontinuation.

A phase II efficacy study in PSP patients is underway. Researchers expressed hope the monoclonal antibody has potential utility in the treatment of taupathies, as evidenced by this trial.

“These results provide important additional support for the concept of anti-tau-immunotherapy with monoclonal antibodies in PSP and thus offer new hope for patients with this relentlessly progressive disease,” Poewe said.