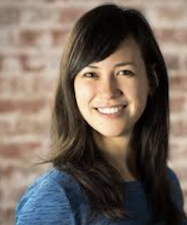 Jade Benjamin-Chung, PhD
About 55 million students and 7 million staff members attend upwards of 130,000 public and private schools in the United States on a daily basis. Elementary school-aged children are responsible for the majority of influenza transmission; but, if enough of the population is vaccinated against the virus, a potential herd effect could be produced.

Through the use of school-located influenza vaccination programs, investigators from the University of California, Berkeley, were able to not only increase vaccination coverage in this population and decrease school absences associated with illness, but they were also able to reduce influenza hospitalization of all ages within the school district.

The research was presented by Jade Benjamin-Chung, PhD, Epidemiology & Biostatistics, at the University of California, Berkeley, in a late-breaker oral abstract session at the 2018 ID Week Annual Meeting in San Francisco, CA.

For the study, Benjamin-Chung and colleagues evaluated the third year of the “Shoo the Flu” program, which delivered 7502 IIV flu vaccines to students and 1230 vaccines to the staff at elementary schools throughout the Oakland Unified School District, in California, for the 2016-2017 flu season.

To do this, the investigative team employed a matched cohort study design, where they used a genetic matching algorithm to match schools based on school-level characteristics data from the California Department of Education. The West Contra Costa Unified School District was identified as the comparison district.

To estimate influenza vaccination, in 2017, they deployed parent surveys in 43 matched schools in the 2 districts to assess parent recall of child flu vaccination. They collected absentee records from the districts and influenza hospitalization data from the California Emerging Infections Program and estimated rates of hospitalization using US Census data.

Generalized linear models were used to estimate difference-in-differences (DID) in absence rates during the flu season, adjusting for month, race, and grade. For influenza hospitalization, the investigators estimated cumulative incidence rates using the census data to obtain the population size and risk ratios (RR) through the use of Poisson regression.

“Based on [these data], and with the moderately effective vaccine given that year,” she said, “we hoped to see a potential impact on absences as well as influenza hospitalization.” Absences per 100 days were 5.40 in the “Shoo the Flu” district compared with 6.68 in the comparison district for all absences, and 3.01 compared with 3.60 for illness-related absences. Although a statistically significant reduction was not observed for all absences, it was observed for illness-related absences.

The vaccination results suggested that there was an increase of 1353 vaccinations among elementary students in the “Shoo the Flu” district in 1 year, according to Benjamin-Chung. Furthermore, there were 8370 fewer days of school missed in the entire district for that flu season, and 103 fewer influenza hospitalizations in all age groups.

“We think that these findings suggest that the school-located influenza vaccination program can increase vaccination coverage and confer community-wide herd effects even though our vaccination coverage in elementary school children was 64%, which is technically slightly below the estimated herd immunity threshold of 70%,” she concluded.

Future work in this area will explore other outcomes, such as laboratory-confirmed influenza.
No disclosures.