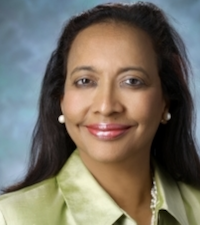 The first data from the trial was announced at the 2018 ID Week Annual Meeting in San Francisco, CA, by Princy Kumar, MD, chief of the division of Infectious Diseases and Tropical Medicine at MedStar Georgetown University Hospital, and professor of medicine and microbiology at Georgetown University School of Medicine.

“These data build on the existing clinical profile of DELSTRIGO as seen in treatment-naïve patients, and suggests its potential to address a broader population,” Kumar said in a recent statement. “Data from this trial support another possible future option for people living with HIV, many of whom require a change to a different treatment regimen.”

In the multicenter, open-label, randomized, phase 3 DRIVE-SHIFT trial, investigators set out to evaluate the safety and effectiveness of a treatment switch to DOR/3TC/TDF from a stable antiretroviral (ART) regimen in virologically suppressed adults with HIV-1.

To meet inclusion criteria, patients had to have a viral load that was undetectable for at least 6 months and had to be on a stable ART regimen consisting of 2 nuceloside reverse transcriptase inhibitors (NRTIs) plus a boosted protease inhibitor (PI), boosted elvitegravir, or a non-nucleoside reverse transcriptase inhibitor (NNRTI). Patients could not have a history of prior virologic failure or known resistance to the study drugs.

For the trial, participants were randomized (2:1) to start DOR/3TC/TDF on day 1 (immediate switch group) or after 24 weeks (delayed switch group).

No resistance was noted in the immediate switch group.

DOR/3TC/TDF also demonstrated a superior lipid profile for LDL-C and for non-HDL-C compared to continuation of a boosted PI regimen.

Kumar and colleagues concluded that in HIV-positive patients who are virologically suppressed on a stable ART regimen, switching to DOR/3TC/TDF demonstrated noninferior efficacy at week 24 and week 48 compared with the continuation of baseline regimen at week 24.

“Switching to once-daily DOR/3TC/TDF is effective, and generally a well-tolerated option for maintaining viral suppression in patients who are considering a change in therapy,” she concluded.

The abstract, "Switch to Doravirine/Lamivudine/Tenofovir Disoproxil Fumarate (DOR/3TC/TDF) Maintains Virologic Suppression Through 48 Weeks: Results of the DRIVE-SHIFT Trial," was presented at ID Week 2018.