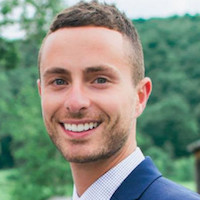 Christopher Joseph, LMSW, MPH
An intervention as simple as an investigator scheduling an appointment and asking the patient to confirm can be enough to encourage re-engagement in patients with HIV at risk of becoming un-retained.

“A unique aspect of this project is the focus on patients who are currently retained, but at risk of falling out of care, as opposed to patients already un-retained,” wrote the investigators.

Investigators reported that viral suppression did not play a significant role within the intervention group, however, within the control group, unsuppressed patients (viral load >200) were less likely to follow-up.

Participants in the intervention group with a mental health diagnosis or who were older were more likely to follow-up.

Investigators noted the limits of the retrospective control group and the small sample size of the study. Additionally, a large number of patients (n = 43) were excluded from the intervention group because researchers were unable to contact them.

“This study demonstrates a low-intensity, high-yield, sustainable intervention that significantly increased re-engagement for patients with HIV that are at high risk of becoming un-retained,” wrote the authors.

The poster, “Pre-tained: Early Intervention for HIV Patients at High Risk of Becoming Un-retained,” was presented at ID Week 2018 in San Francisco, CA.

Related Coverage >>>
Opt-Out Testing for HIV, Hepatitis C Could Improve Diagnoses in the ED
Opioids Prescribed Twice as Often for Women with HIV Than Men
INSTI Therapy for HIV Associated with Greater BMI Gains for Blacks, Hispanics, and Women

You May Also be Interested in
Most Popular
Flu Cases Reach 13 Million in the US, CDC Reports
Processed Meat Associated with Greater COPD Risk
When Patients Give
Top 10 Painkillers in the US
Top 10 Podcasts for Primary Care Physicians