Zika Is the Hottest Topic at IDWeek 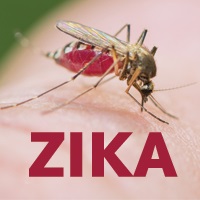 The confirmed number of infants with microcephaly born in Brazil since the Zika epidemic started is now 2,000. That may be only the beginning of medical, societal and human toll the virus is taking, Brazilian researchers said at IDWeek 2016 in New Orleans, LA.

Zika was the hot topic this week at the meeting.

“Hepatitis C should have been the virus of the year,” said Arthur Kim, MD, an infectious disease and HIV specialist at Harvard Medical School, “We can cure so many people and I thought last year would be our year, but then came Ebola; now this year it’s Zika.”

Among the many research presentations on Zika at the meeting, researchers in Brazil have tracked mortality rates among a sample of the infants who were exposed to the virus in utero.

Nilson Nogueira  Mendes Neto, MS, of Medical School Universidad Potiguar-Laureate International Universities and colleagues found that in a sample of confirmed cases of infants with Zika-related microcephaly in their study of 113 infants, 18 died after birth or during pregnancy.

Reliable numbers are hard to come by due to underreporting, lack of resources to do testing both for the virus and for imaging scans of pregnant women.

“Our findings show a high rate of mortality,” they wrote, one that could negatively affect the overall infant mortality rate in Brazil.

But not all the babies died.

That finding also means more cases of surviving Zika-damaged babies are likely, even in cases where mothers know early in their pregnancy that their child is likely to be microcephalic.

Unlike many countries where mothers have the option of terminating such pregnancies—and access to scanning to diagnose microencephalopathy-- abortion is illegal in Brazil and difficult to obtain illegally, said Mauro Schecter, MD, a Rio De Janeiro researcher who specializes in infectious disease and was a featured speaker at ID week.

He spoke later with MD Magazine about the growing problem, which he calls “a catastrophe for Brazil.”

The country lacks the resources to give these infants the optimal care and services they will  need to see them through to adulthood.

Schecter also said it is alarming that more and more reports are coming out showing that even in children who appear normal, neurocognitive and development problems due to Zika exposure are emerging.
In a rare piece of good news about Zika, one study showed that at least there appears to be no major risk of transmission of the virus from patients to caregivers.

A US Centers for Disease Control study of 85 healthcare workers who had interactions with a hospitalized patient who died of Zika showed none of the caregivers had tested positive for Zika.

The study group included pregnant women. While the researchers could not conclude that transmission is impossible, their study “suggests good infection control practices can prevent its spread from patients to healthcare workers.”

There were several progress reports on vaccine candidates, but no firm estimates on when one might be available.

Schecter said he could not provide even a good guess. “There are just too many unknowns,” he said.

The Zika epidemic in Brazil has not let up, though he noted that since the virus confers immunity once someone has had it, as more people get the virus the case load could taper off.

Mosquito control  throughout the country is a daunting task, he said, and not likely to be effective given the wide range of the mosquitoes that carry the virus.

Summer is just starting in Brazil, he said, and people are fearful of what it will bring.

“Zika is a catastrophe,” he said.