Testing HIV Patients for other Sexually Transmitted Infections Too Expensive? 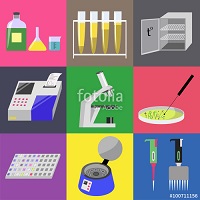 Screening people for sexually transmitted infections in people with HIV is a recommended healthcare practice.

Unfortunately, a study in Alabama concluded, such screening can be prohibitively expensive because insurance reimbursements do not fully cover the costs of laboratory tests.

Reporting at IDWeek 2016 in New Orleans, LA, Kathryn Hudak, BS, and colleagues at the University of Alabama School of Medicine and the university’s Division of Infectious Disease, said follow US Centers for Disease Control and Prevention guidelines would have led to their urban HIV clinic incurring “significant financial losses.”

The current guidelines call for screening all HIV-positive patients for Chlamydia, gonorrhea, syphilis, and trichomonas.

Calculating lab charges vs. reimbursement data for commercial insurance including people who obtained insurance under the Affordable Care Act, Medicaid, and Medicare, the team estimated that insurance did not cover lab costs.

“Policy makers should address this lack of compensation to ensure sustainability and compliance with recommended screening,” the team wrote, “Caring for uninsured patients will lead to greater losses.”