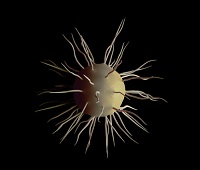 Southern Ohio has been hit with an outbreak of drug-resistant gonorrhea, investigators reported today at IDWeek 2016 in New Orleans, LA.

Thomas Herchline, MD, of Wright State University Boonshoft School of Medicine in Dayton, OH and Peter Greene, a public health intern in the Dayton & Montgomery County Office of the Health Commissioner are due to present their findings Saturday Oct. 29.

Commenting on the study at a news briefing Oct. 26, ID Week officials said the report showed drug resistance is a growing problem due to overuse of antibiotics.

Resistant strains that did not respond to fluoroquinolones (FQ) originated in the 1980s and subsequently spread throughout the continental US.

Based on that growing resistance, the US Centers for Disease Control and Prevention (CDC) updated treatment guidelines to no longer include as first-line therapy. The CDC also recommended monitoring local resistance patterns.

The Dayton health department has been doing that, the team said.

“There has been a rapid emergency of CIP and AMS resistance,” they wrote about their findings, “These results demonstrate that local susceptibility testing provides important information for clinical decision-making.”

Related Coverage:
Antibiotic Resistance a Harsh Reality for Gonorrhea Patients
The STD Epidemic Is Getting Worse in the US