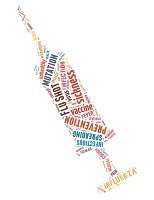 The Advisory Committee on Immunization Practices has warned physicians not to use live attenuated influenza vaccine (LAIV) on children with asthma.

Reporting at IDWeek 2016 in New Orleans, LA, Nicola Klein, MD, PhD, of the Kaiser Permanente Vaccine Study Center in Oakland, CA, and colleagues found that is likely not a necessary precaution.

They looked at whether the live vaccine caused more problems in children with asthma than inactivated vaccine.

The study subjects were children vaccinated at Kaiser network facilities from July 1, 2007 to March 31, 2014.

All were between two and 18 years old with a history of asthma.

The researchers ranked the subjects’ asthma severity with hospitalization or ED visit as the most severe.

They found that among 387,633 immunizations, 85% were with inactivated virus and 15% with LAIV. The children getting LAIV were less likely to have active persistent asthma.

Analysis of asthma exacerbations in both groups showed a decreased risk with live virus.

“Among children and adolescents with a history of asthma we found no evidence that LAIV was associated with an increased risk of asthma exacerbations regardless of severity,” they concluded.
“Concerns about administering LAIV to children with asthma may not be warranted,” they said.

According to the US Centers for Disease Control and Prevention, the live virus vaccine generally confers greater flu protection.

Several of the study researchers reported they receive funds from pharmaceutical companies.