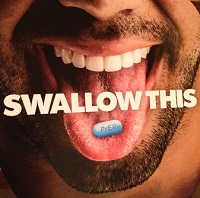 When pharmaceutical pre-exposure prophylaxis (PrEP) first came on the scene, some AIDS advocates were concerned that high-risk men would stop using condoms and start getting other sexually transmitted infections.

A study due to be presented October 29 at IDWeek 2016 in New Orleans, Louisiana shows those concerns may be valid.

Researchers Kenneth Mayer, MD, and colleagues from the Beth Israel Deaconess Medical Center in Boston, Massachusetts, report that HIV infection and PrEP are independently associated with increasing diagnoses of bacterial sexually transmitted infections in men who get care at their Boston community health center.

The study looked at trends in bacterial sexually transmitted infections (BSTI) in the clinic's male patients.

The team called on clinicians to be aware of this enhanced risk and to do more testing for BSTI in these patients.

“PrEP use and HIV infection were each associated with increasing BSTI rates,” and these infections were more common among men of color and/or those without stable health insurance," they noted.

“Increased BTSI screening and education is warranted for patients in these subgroups,” they said.

You May Also be Interested in
Most Popular
Denise Daley, PhD: Early Asthma Interventions for Infants
When to Suspect Diarrhea is Symptom of a Clostridium Difficile
Flu Cases Near 30 Million in the US, CDC Reports
New HIV Test Combines Reliability of Blood Test, Convenience of Saliva Test
FDA Approves Implantable Heart Rhythm Monitoring Devices