Biopsy Not Needed to Track Impact of Direct-Acting Antivirals 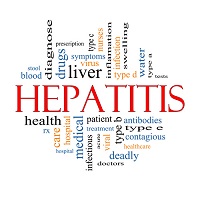 Biopsy is no longer the only way to go to measure the severity of liver damage in hepatitis C (HCV) infection.

Liver stiffness is now used widely as a surrogate measure for fibrosis and staging of liver disease.

Reporting at IDWeek 2016 in New Orleans, LA, David Rudd, DO, an infectious disease specialist at Wake Forest Baptist Medical Center, Winston-Salem, NC and colleagues reported on a way to assess it.

The technology is becoming popular because of its “dependable diagnostic accuracy and ease of use,” they said.

The advent of direct acting antivirals has made it more important to stage liver disease, they noted.

Using retrospective data from the W.G. Hefner VA Medical Center in Salisbury, NC, they looked at records of HCV patients who had undergone VCTE at least six months apart.

The treatment group (25 patients0 consisted of HCV infected patients who were treated with DAAs, achieved sustained viral response and had VCTE evaluation before treatment and after SR. The control group (64 patients) were not being treated for HCV and had two VTE data appoints over time.

They found liver stiffness improved in 92% of the treatment group but in only 39% of the control group.

“Successful treatment of HCV with SVR after DAA therapy results in a significant improvement in liver stiffness,” they concluded.

Related Coverage:
Can Non-Invasive Tests Assess Fibrosis in Hepatitis?
Hep C: to Stage or Not to Stage?