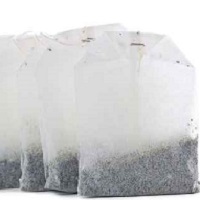 Tea time was hazardous at a Tokyo pediatric hospital. In a cautionary tale for other hospitals, Kenta Ito, MD and colleagues reporting at ID Week 2015 in San Diego, CA, said researchers found carbapenem-resistant enterobacteriaceae (CRE) in a contaminated tea dispenser.
It happened during an outbreak of metallo-beta-lactamase producing enterobacteriaceae.
The index case was found incidentally in a clinical stool culture. Because the isolated organism was an unusual resistant strain, rectal swab screening was performed for the other patients in the a unit at a children’s hospital. Six were later found to be positive for the MBL-producing organism.
Surveillance continued and an environmental investigation was started.
In all 382 specimens from 145 patients were tested.
Environmental cultures revealed MBL-produced K. pneumonia in a sink, a formula-bottle cabinet, a cold tea dispenser and the tea itself.
“Drinking tea from the dispenser was associated with MBL-producing enterobacteriaceae,” the researchers wrote in an abstract.
“Awareness of the potential for transmission of MBL-producting enterobacteriaceae via such routes should be noted.”
Ito works at Metropolitan Children’s Medical Center in Tokyo.