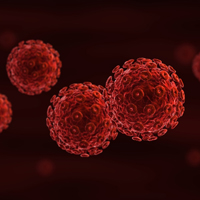 “Treatment-experienced patients with HIV who switched to a tenofovir alafenamide (TAF)-based treatment regimen maintained excellent virologic suppression while exhibiting significant improvements in both bone and renal safety,” said Melanie Thompson, MD, of the AIDS Research Consortium of Atlanta in Georgia, during a presentation at IDWeek 2015

Tenofovir, formulated as tenofovir disoproxil fumarate (TDF) (Viread), has been important standard therapy for treatment-experienced patients with HIV. TDF has been formulated into Stribild, which contains elvitegravir, emtricitabine, and TDF and is manufactured by Gilead Sciences.

Tenofovir alafenamide is a new investigational prodrug of tenofovir that has been coformulated into a single-tablet regimen containing elvitegravir 150 mg, cobicistat 150 mg, emtricitabine 200 mg, and TAF 10 mg (E/C/F/TAF). The prodrug TAF has been shown to deliver high levels of tenofovir directly to lymphoid cells at approximately one tenth the current dose of TDF. Additionally, TAF results in an approximately 91% lower plasma tenofovir concentration compared with TDF, and this lower exposure leads to less toxicity to the kidney and bone.

Thompson reported the results of a subset of 459 virologically suppressed (HIV-1 RNA <50 copies/mL) adult HIV patients who had participated in the larger 48-week study to compare the efficacy and safety of the TDF- and TAF-containing regimens. These patients were randomized, in a 2:1 fashion, to either continue taking their TDF-containing regimen (E/C/F/TDF) or to switch to open-label E/C/F/TAF.

Beyond maintaining good viral suppression,  patients who switched treatment exhibited significant improvements in both hip and spine bone mineral density (BMD). Overall, hip and spine BMD increased by 1.15% and +1.33% for those in the E/C/F/TAF regimen compared with reductions of -0.17% and -0.50% in the E/C/F/TDF group; these differences were statistically significant.

Significant improvements in serum creatinine levels were also observed in patients who switched to E/C/F/TAF. Specifically, serum creatinine levels changed -0.01 mg/dL from baseline with E/C/F/TAF compared with an increase of +0.03 mg/dL for those who continued taking E/C/F/TDF; this difference was statistically significant (P<0.001). Urine protein: creatinine values (-16.2% vs. +13.7% for E/C/F/TAF and E/C/F/TDF, respectively) and urine albumin: creatinine values (-17.7 vs. +7.7% for E/C/F/TAF and E/C/F/TDF regimens, respectively) improved significantly in those patients who switched regimens.

Patients who switched did have statistically higher changes from baseline in fasted lipid levels compared with patients who did not switch treatment regimens. “The clinical significance of this is not yet clear and will require longer term data,” said Thompson. However, the ratio of “bad to good” cholesterol, or total cholesterol: HDL-C ratio change was not statistically significantly different between the two groups (+0.2 for E/C/F/TAF vs. +0.1 for E/C/F/TDF).

“Overall, at Week 48, patients who switched from E/C/F/TDF to E/C/F/TAF remained on treatment and maintained high virologic control, had significantly improved hip/spine BMD and serum creatinine, and had significantly less general proteinuria and specific proximal tubular proteinuria compared with patients who remained on E/C/F/TDF,” Thompson concluded.