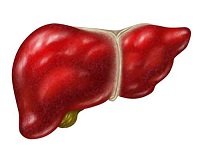 Reporting Oct. 7 in an abstract presented at ID Week 2015 in San Diego, CA. Ronald Nahass, MD of Rutgers University and Mark Schwartz, MD of University Medical Center of Princeton at Plainsboro said the patients were admitted  from October 2014 through March 2015.  The cases were discovered as part of routine screening for Hep C in patients admitted to the center.

Only 3 patients of 9 who returned for hepatitis treatment are currently receiving it. "Linkage to care was difficult," the team reported.

They concluded that despite not being identified earlier as a region seeing drug-related Hep C infection, "NJ is participating in the  second wave of hepatitis C virus." Further, they found that the patients had a higher incidence of genotype 3 (19%) than was expected "for reasons that are unclear."

The authors said they need "additional resources to help with care navigation" to try to get these patients into antiviral treatment and prophylaxis.