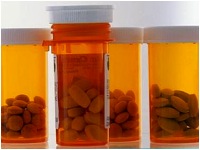 “It is possible to maintain viral suppression and improve outcomes for patients with multidrug resistance using strategic simplification with a 2-pill regimen,” said Gregory Huhn, MD, MPHTM, Assistant Professor of Infectious Diseases at the Rush University Medical Center in Chicago, IL, during a presentation at IDWeek 2015.

Tenofovir alafenamide is a new investigational prodrug of tenofovir that has been coformulated into a single-tablet regimen containing elvitegravir 150 mg, cobicistat 150 mg, emtricitabine 200 mg, and TAF 10 mg (E/C/F/TAF). The prodrug TAF has been shown to deliver high levels of tenofovir directly to lymphoid cells at approximately one tenth the current dose of the standard tenofovir formulation, tenofovir disoproxil fumarate (TDF), allowing it to be formulated into a single-tablet regimen.

Additionally, TAF results in an approximately 91% lower plasma tenofovir concentration compared with TDF, and this lower exposure leads to less toxicity to the kidney and bone. Treatment-experienced patients who exhibit multidrug resistance are often given the protease inhibitor, darunavir (DRV, Prezista), in addition, leading to a more complex, higher pill burden treatment regimen.

Huhn presented results of a study evaluating the efficacy and safety of switching treatment-experienced patients with ≥2-class resistance, including specific TDF resistance mutations (K65R, ≤3 TAMS), to a two-pill regimen including E/C/F/TAF and DRV. A total of 135 patients who had been on a DRV-containing regimen for 4 months or longer and who had failed two prior regimens were randomized in a 2:1 ratio to receive either open-label E/C/F/TAF + DRV (n=89) or to continue their baseline treatment. Patients were excluded if they had a history of Q151M, T69ins, or DRV resistance-associated mutations.

By Week 24, viral suppression was maintained in 96.6% of those patients who switching to a simplified two-pill regimen containing E/C/F/TDF+DRV compared with 91.3% who continued taking their initial baseline regimen (proportional difference of 5.3%, 95% confidence interval, -3.4% to 17.4%). In the E/C/F/TAF+DRV arm, 2 patients exhibited viremia, but these patients were suppressed at both the Week 36 and Week 48 time points.

By Week 48, 94% of patients who switched to the strategically simplified regimen maintained virologic control, compared with only 76% of patients who were maintained on their baseline treatment regimen (proportional difference of 18.3%, 95% CI, 3.55 to 33%).

“These results showed that the switch arm was statistically significant,” said Huhn. No emergence of resistance was seen in patients who switched compared with one patient with viral rebound who developed resistance in the baseline regimen treatment arm.

No statistically significant differences were observed in the median change in estimated glomerular filtration rate (2.5 vs. -0.1 mL/min) or urine protein/creatinine clearance (-14% vs. -4%) for E/C/F/TAF+DRV vs. baseline regimen, respectively. However, specific markers of proximal tubular proteinuria were statistically significantly improved with E/C/F/TAF+DRV. Switched patients had a 35% lower median urine beta-2M/creatinine and a 17% lower median urine RBP/creatinine compared with increases of 11% and 13%, respectively, in patients who continued taking their baseline regimen.

Adverse events were slightly higher in the switch arm (92% vs. 78), but Huhn noted that this may be due to the use of an open-label study design in which the participants know they are being given a novel therapy. The safety and tolerability of the treatment regimens were maintained, with no drug-related serious adverse events or adverse events leading to treatment discontinuation reported.

“For treatment-experienced patients with two-class or greater resistance and who are on complex, high-pill burden treatment regimens, switching to a simplified E/C/F/TAF plus darunavir two-pill, once-daily regimen may be an attractive option because it offers superior efficacy and comparable tolerability,” said Huhn.


You May Also be Interested in
Most Popular
Long-term Therapy with Norfloxacin Improves Advanced Liver Disease Prognosis
Top 10 Painkillers in the US
Ebola: Virus "Easily Inhaled"?
5 Employee Problems and How to Solve Them
Women's Blood Vessels Age Faster