Respiratory Viruses: Differences in Who Gets Sickest 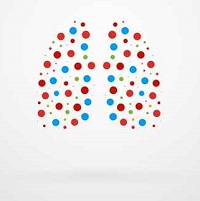 Hospitals often get busy when community respiratory virus (CRV) infections spread. A Massachusetts team decided to compare the prevalence, morbidity and mortality of CRVs within the same population.
Reporting in a poster session at ID Week 2015 in San Diego, CA, Jamilah Shubeilat, MD and colleagues at the University of Massachusetts Medical School in Worcester, MA and colleagues reviewed the charts of 1,520 patients admitted from January 2010 to December 2013.
They looked at results from influenza antigen tests and multiplex nucleic acid amplification tests that can identify 12 viruses.
They found a single CRV infection caused 1,427 admissions, and 166 admissions with two or more concurrent CRVs.
Respiratory syncytial virus (RSV) was the predominant pathogen children under age 5 while influenza predominated in patients over 65.
The highest percentage of ICU admissions was seen with rhinovirus and human metapneumovirus.
In a related study done at the same institution, Aline Azar, MD, and colleagues reported on their use of multiplex nucleic acid amplification tests (MNAATs). The team looked at test results for 8,239 specimens where 51.6% were positive for at least one respiratory virus.
The analysis showed that seasonal variation was most common with flu, RSV and human metapneumovirus.
The researchers also found an unexpected difference in the frequency of infection by gender for some CRVs. Influenza A was more common in women and men were more likely to have parainfluenza 1, rhinovirus and adenovirus, “an observation which requires further investigation,” they concluded.


You May Also be Interested in
Most Popular
Real-World Challenges to Prescribing Sacubitril/Valsartan for Patients with Heart Failure
Virtual Physical Therapy Shows Promise Following Knee Surgery
Top 10 Painkillers in the US
Brokers and the Affluent
How Many Pills Do Your Elderly Patients Take Each Day?